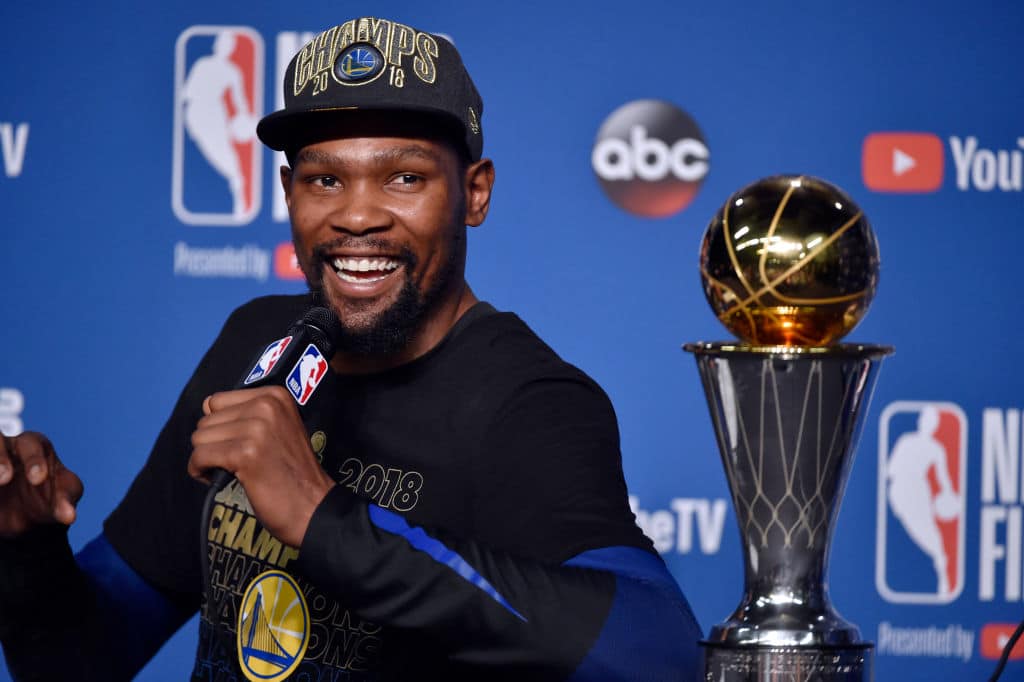 Kevin Durant hears the criticism that he somehow ruined the NBA by joining the Golden State Warriors, but the two-time champ and Finals MVP says the argument holds no weight.

KD isn’t worried about his effect on the League’s image.

Kevin Durant to @YahooSportsNBA on claims that he ruined the NBA: "I should be making more money if all that's on me." https://t.co/Z2oXqWMkEO

Durant adds that it’s much harder to stand out on a superteam.

Never thinking that basketball would even take him out of Maryland while growing up, Durant is in awe of what he continues to accomplish. He became the sixth player in NBA history with Finals MVP honors in consecutive seasons, joining Michael Jordan, Shaquille O’Neal, Hakeem Olajuwon, Kobe Bryant and James. Only 12 players have multiple Finals MVP honors, with Magic Johnson, Willis Reed, Larry Bird, Kareem Abdul-Jabbar and Tim Duncan being the others.

“Kobe, M.J., LeBron, Kareem, those dudes drive me, they push me every day to get to that level, to that standard and I want to be able to sit back and talk to them about basketball one day,” Durant told Yahoo Sports. “I’m happy I’ll be able dial up some of them and get some equity in that deal when it comes to being able to talk amongst the greats and experience what they experienced.