Kevin Durant: ‘Some Days I Hate the NBA’ 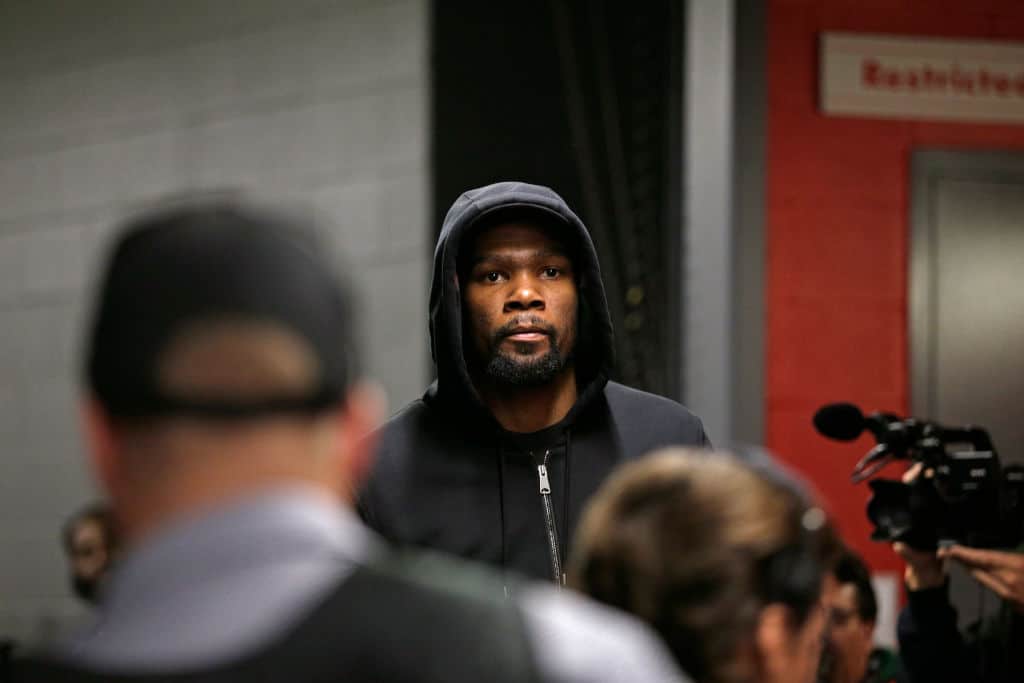 “I hate the circus of the NBA,” says Durant.

KD adds that he’s especially bothered by how “the business” of the League can negatively affect players.

“Some days I hate the NBA,” Kevin Durant says wearily.

He’s facedown on a padded table, wearing dark workout shorts, a weathered gray DMX T-shirt, a Washington Redskins fleece draped over his shoulders. A physical therapist leans over him, wafting circulation-boosting lasers up and down his surgically repaired right calf.