Kevin Durant To Switch To No. 7 With Brooklyn Nets 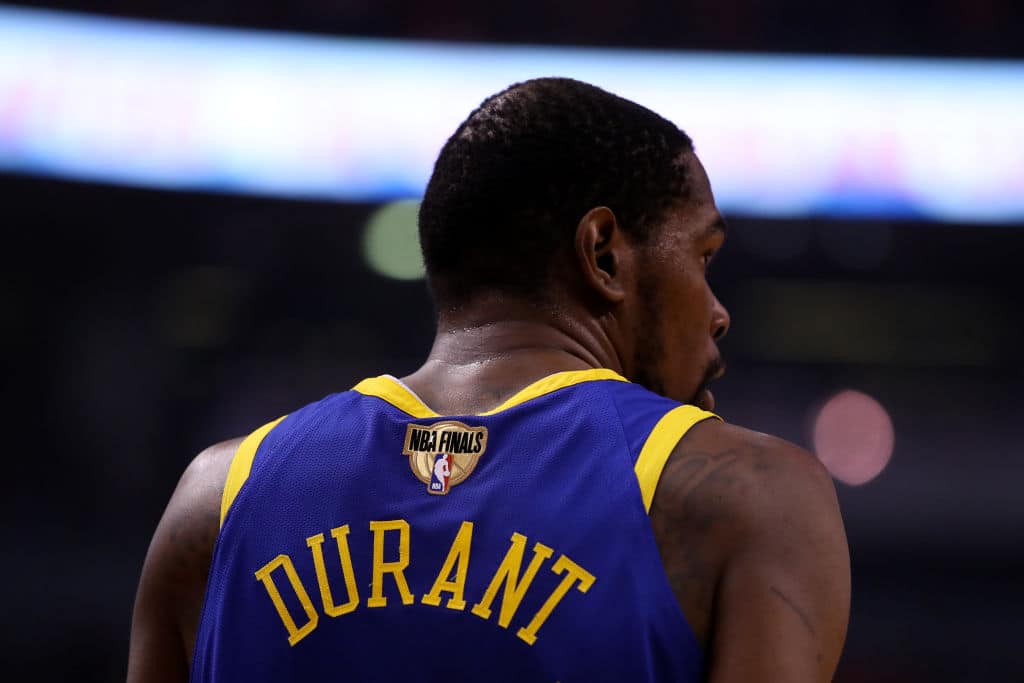 For the first time in his career, Kevin Durant will change jersey numbers. The former MVP announced on Instagram that he will wear No. 7 this season, as opposed to the No. 35 he’s worn throughout his career.

Durant had worn number 35 throughout his tenure as a champion in Golden State, through the years in which he established himself as a superstar in Oklahoma City and even his rookie campaign in that green and gold SuperSonics get-up.

All told, Durant poured in 22,940 regular season points in that familiar No. 35, establishing himself as a generational talent.

The 30-year-old gave little context for the jersey swap but did drop a link to his 35 Ventures firm, the umbrella company that oversees all of his other business projects.

This isn’t the first time that we’ve seen Durant leverage his popularity to drive eyeballs over to his businesses – he revealed that he’d announce his free agent decision on his Instagram channel, The Boardroom, but Adrian Wojnarowski had other plans.

Even without the number change, Durant’s Brooklyn Nets jersey was bound to end up on the list for top jersey sales, a list he’s spent plenty of time on over the course of the past decade.

While the exact reason for Durant’s move to No. 7 isn’t known, Chip Brown of the Dallas Morning News (Wayback Machine archive) wrote back in 2006 that Durant wore No. 35 in honor of his former AAU coach Charles Craig, who was murdered at the age of 35 several years prior.