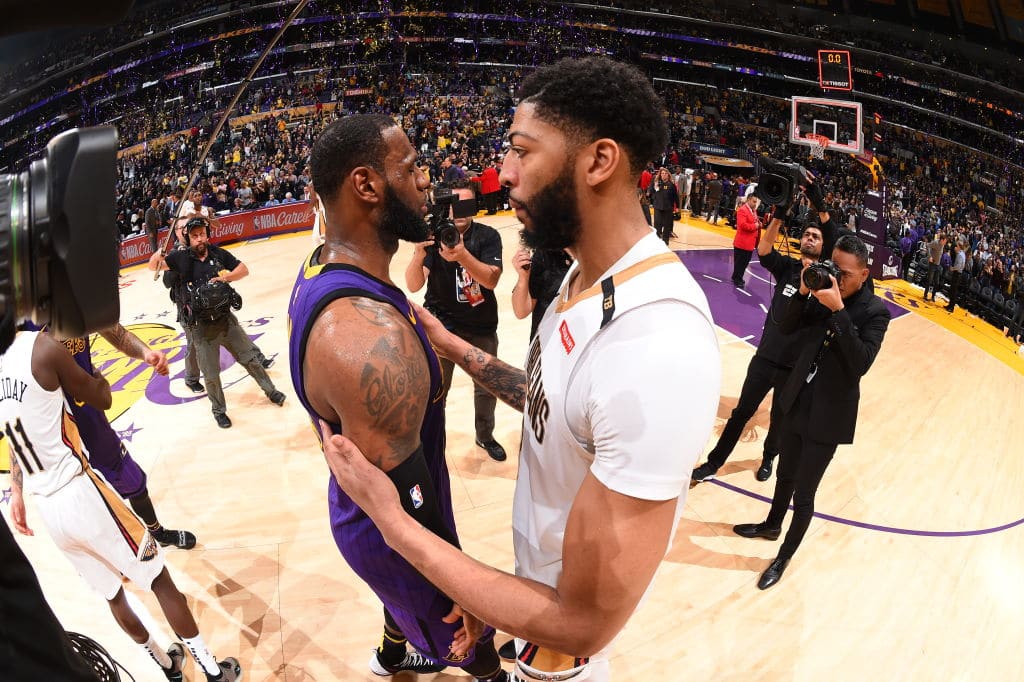 Anthony Davis is wasting the prime years of his NBA career in New Orleans, according to Kevin Garnett.

KG says he told AD it’s time to move on from the Pelicans, and land on a championship contender.

Strong stuff from the great @KGArea21 on the Lakers/AD saga. "I told @AntDavis23 to his face. He has been in New Orleans long enough. It is time for a change now. This is it." Full interview at @usatodaysports. https://t.co/48Ns9o8kcD

Garnett jokes that Davis-to-the-Lakers is already in the works.

The future Hall of Famer adds that the pairing of LeBron James and Davis could challenge Golden State’s reign.

“When Anthony Davis suits up for the Pelicans, that’s the best the Pelicans are going to be right there,” Garnett said. “They are capped out. They are playing at the top of the level they can play at. Davis with LeBron James — he goes to another level and that’s scary.

“That’s why he needs to go to a team where he has a chance to hoist the trophy or at least have a chance at going in that direction. He doesn’t have that. Great players need to be with other great players. He is still ‘the guy’ when LeBron is there. They are both ‘the guy.’ That’s why you bring your superpowers together.”

And, according to Garnett, the dominance of the Golden State Warriors would come under immediate threat.

“Absolutely they can challenge Golden State,” Garnett said. “You can’t leave Davis open. He is not just a one-way player — he can cover the basket, he can guard you, he can stay with you, he is long enough to make you take tough shots, he can block shots, he is going to dictate the game in so many ways it is going to be ridiculous.

“Then LeBron will be doing everything he does. How do you stop it? Everything is there for Anthony Davis. If he goes to L.A., he can have a six- or seven-year run that would be amazing. This is his time. It has to happen.”