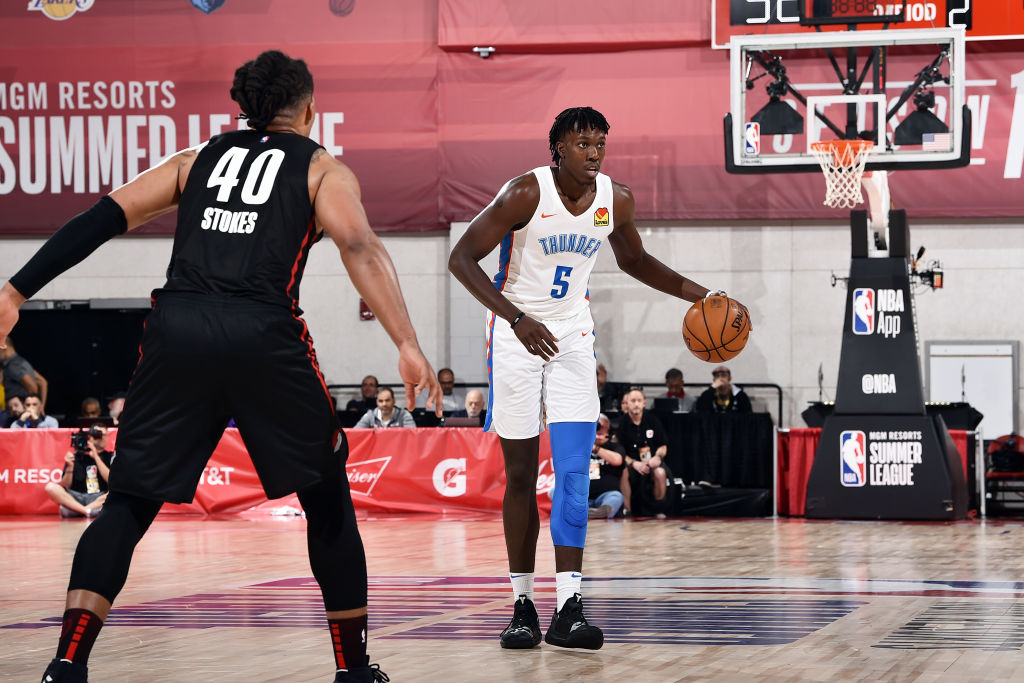 The Oklahoma City Thunder have announced that they’ve signed forward Kevin Hervey to a two-way contract. Hervey, a second-round pick of the franchise in 2018, has played with the team’s G League affiliate the last two seasons.

Hervey has been a productive force with the OKC Blue and will now get a prorated chunk of the 45 days’ worth of big league service time allotted to two-way players.

In three games with the G League squad this season, Hervey has averaged 19.7 points, 11.7 rebounds, 2.3 blocks and 2.3 steals per contest.

Hervey player with OKC’s summer league squad and averaged a respectable 15.3 points per game during his four matches in Las Vegas.