Kevin Knox: ‘People Are Sleeping’ on the Knicks 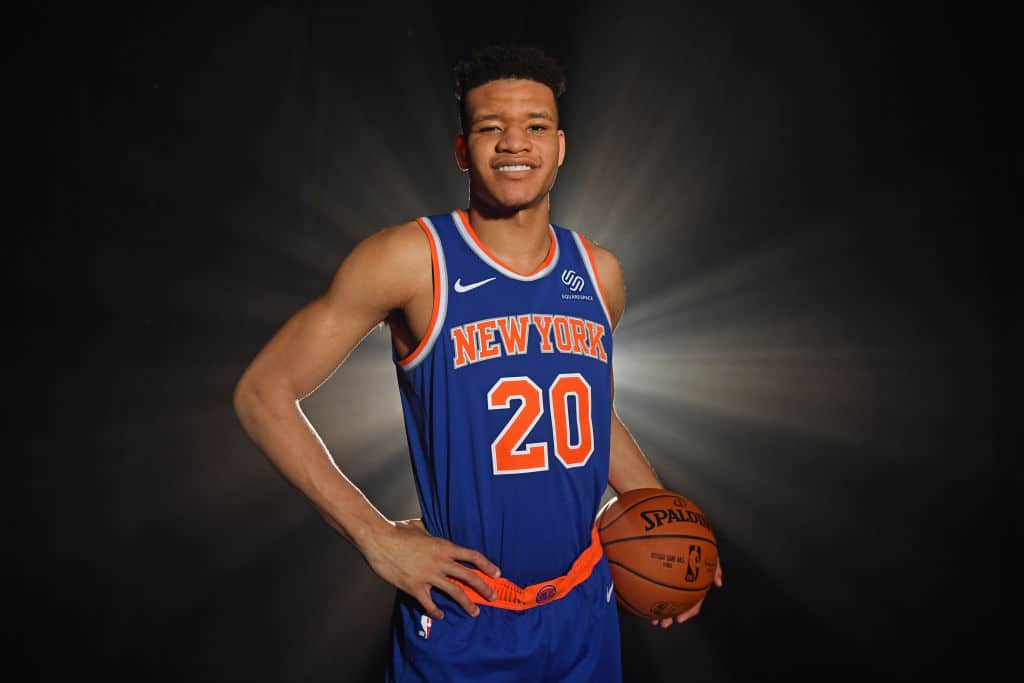 Vegas oddmakers have tabbed New York with an over-under of 29 ½ wins next season—Knox says they can win “at least 35 and get in that playoff talk.”

The 19-year-old is coming off a strong showing at Summer League in Vegas, and believes he can be one of the NBA’s top rookies.

“I saw that,” Knox told The Post at the NBA’s rookie photo shoot Sunday morning. “People are sleeping on us with the 29 wins. I think we definitely can win at least 35 and get in that playoff talk. That’s my personal opinion. Everyone has their own opinion. But the whole team, I’m pretty confident we’re really good this year, that we have a chance to make the playoffs.”

While he believes he’s at the top of the rookie class, Knox made it clear winning is more important in 2018-19 than honors. Knicks president Steve Mills and GM Scott Perry, perhaps hoping for another lottery pick in 2019, have been silent about the playoffs.

“I’m pretty confident I can be one of the top rookies,” Knox said at the photo event staged at the Knicks’ Tarrytown campus. “But one of my goals this year is just to win in New York. I’m not really worried about winning the rookie award. I just want to win as a team, take road games, play some of the top teams and beat them to make the playoffs. Ultimately I want to win. That’s my main focus as my rookie year.”