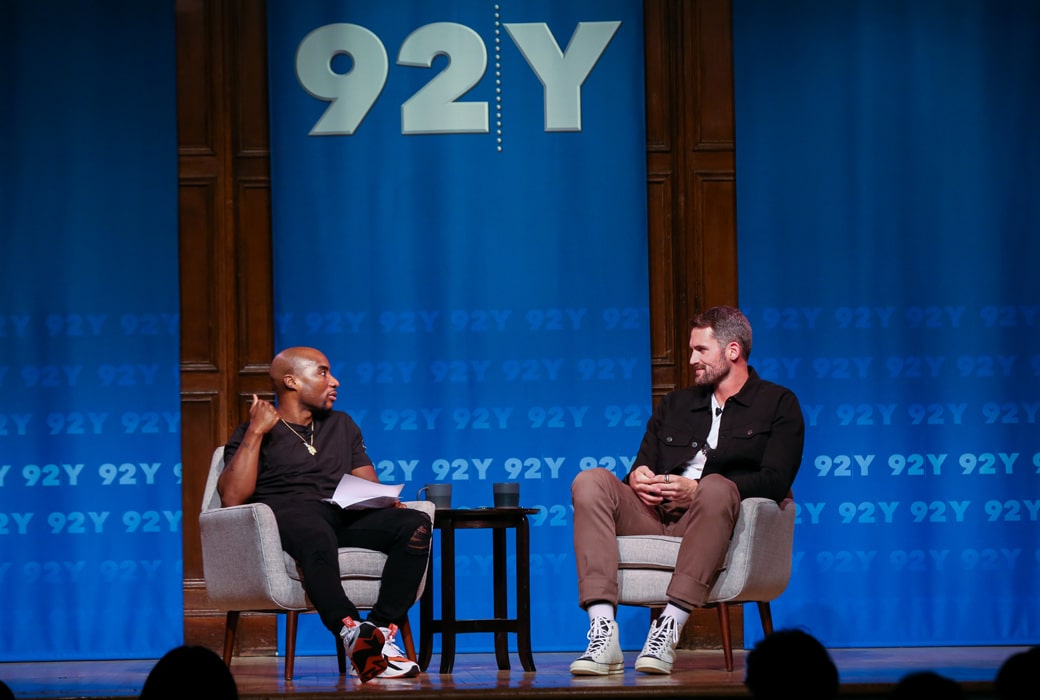 On Monday evening, September 23rd, Kevin Love sat down at the 92nd Street Y for a wide-ranging conversation with radio host and best-selling author Charlamagne Tha God about his lifelong experiences battling anxiety, and the strategies he uses to navigate his daily mental health challenges.

The five-time All-Star shared with the diverse New York City crowd that he has suffered with “acute anxiety” since he was 11 or 12 years old. The American Psychological Association defines anxiety as “an emotion characterized by feelings of tension, worried thoughts and physical changes like increased blood pressure.”

As a child, he coped by shutting himself off from the outside world, and even his family members. Love recounted extended periods where he would only leave his bedroom for school or basketball practice. While diligent research and consistent therapy have certainly altered Love’s perspective and reactions to anxiety, his heightened feelings would manifest through “severe bouts of rage.”

Love described 2017 as the worst year of his life, as personal and family stressors compounded with the Cavaliers on-court struggles to start the ‘17-18 campaign. As he bravely shared in March 2018, Love suffered a stinging panic attack during the second half of a game against the Atlanta Hawks on November 5, 2017.

Seated beside Charlamagne on stage, Love described the excruciating details of the attack. During the third quarter of a rough outing, the Cavs star found himself unable to hear the play call, and knew he needed to evacuate the bench. He told coaches that he would be right back, and jetted to the locker room. Frantically searching for something he would never find, with his heart beating out of his chest and breathing becoming impossible, Love finally landed supine on the floor of head athletic trainer Steve Spiro’s office.

The gamut of tests run on Love at the Cleveland Clinic printed a clean bill of health, forcing him to re-confront himself and discover what had caused the attack. Heeding the advice he had received several times in previous years, he decided to meet with a therapist for the first time, just two days after the attack.

In the time since Love first decided to share his battles with depression and anxiety, he has continued to seek treatment while becoming a staunch advocate for mental health. He hopes to “eradicate the stigma” by continuing to share his story, just as Love credits DeMar DeRozan with opening the door for him to feel comfortable discussing his struggles.

The Kevin Love Fund continues Love’s advocacy with initiatives to promote mental and physical health, with a specific focus on children who are constantly inundated with triggering news, negative content, and even bullying. By normalizing the mental health conversation, Love can protect children from suffering like he did and suppressing and burying emotions internally.

The entire 92Y crowd enjoyed the free-flowing conversation between two men who are proudly honest about their mental health struggles. At one point, Love demonstrated how far he’s come from his darker moments when he hit the floor to show off the “Pigeon,” his favorite yoga pose, in response to an audience question.

If you or someone that you know is suffering, do not hesitate to seek resources.

All photos courtesy of Michael Priest.