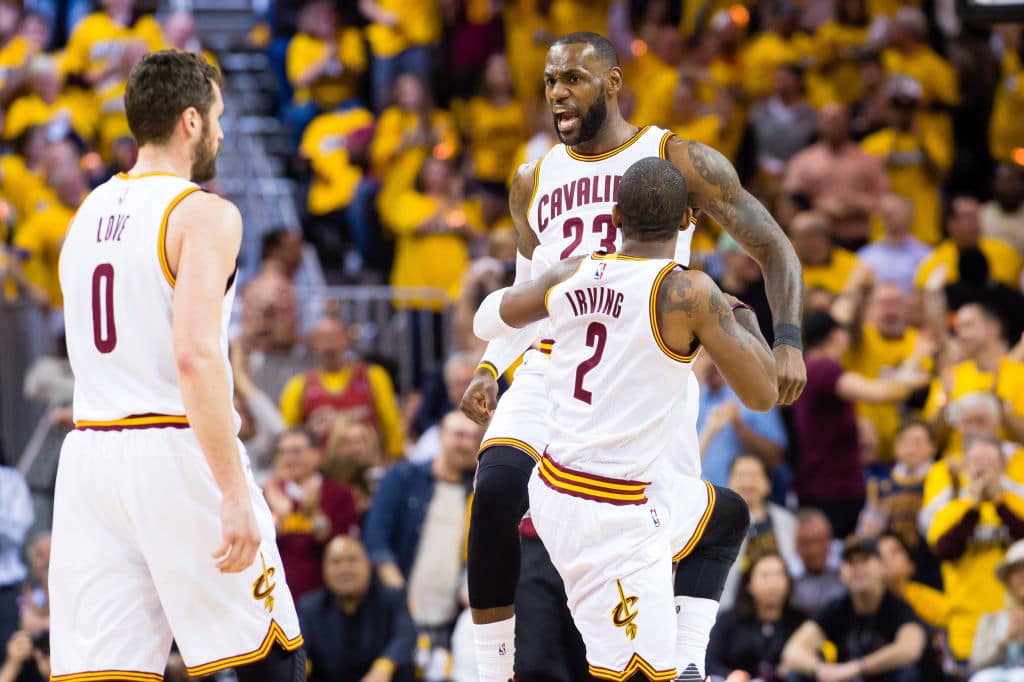 Kevin Love was eating pizza with LeBron James when an unexpected phone call from Kyrie Irving came in.

LeBron James and Kevin Love were out to dinner. LeBron pulled out his phone to show him a missed call. It was Kyrie Irving. Scenes from an Italian LA restaurant where LeBron and Love were improbably together as Kyrie called to apologize @TheAthleticNBA https://t.co/KeaIeu16sD

Love adds that playing alongside LeBron, though challenging, made him a much better player.

“LeBron looked down at his phone and he showed us,” Love told The Athletic, describing the scene. “He was like, ‘I wonder what he wants?’”

It was a scene and a coincidence made for Hollywood, which is approximately where James and Love were when the whole thing went down.

“Yeah, I haven’t really absorbed all of it yet,” Love told The Athletic. “I was always close with Kyrie, we had a good relationship. I don’t know, I was having some vino and enjoying the night when LeBron showed me the call.”

James returned Irving’s call in private. A source close to James declined to share what was said on the call but said LeBron was very appreciative that Irving called him. If their relationship was frayed, which the manner of their breakup in Cleveland says that it was, then some repairs are obviously underway.

“I think Kyrie went through some of the same struggles that I did,” said Love, who was 26 in 2014, when he and James and Irving joined forces. “There were some bad habits and maybe not knowing what it means to sacrifice and take a back seat to someone like a LeBron, who was trying to teach us how to win. I think I’m a much better player now, a much better teammate from having gone through it.”