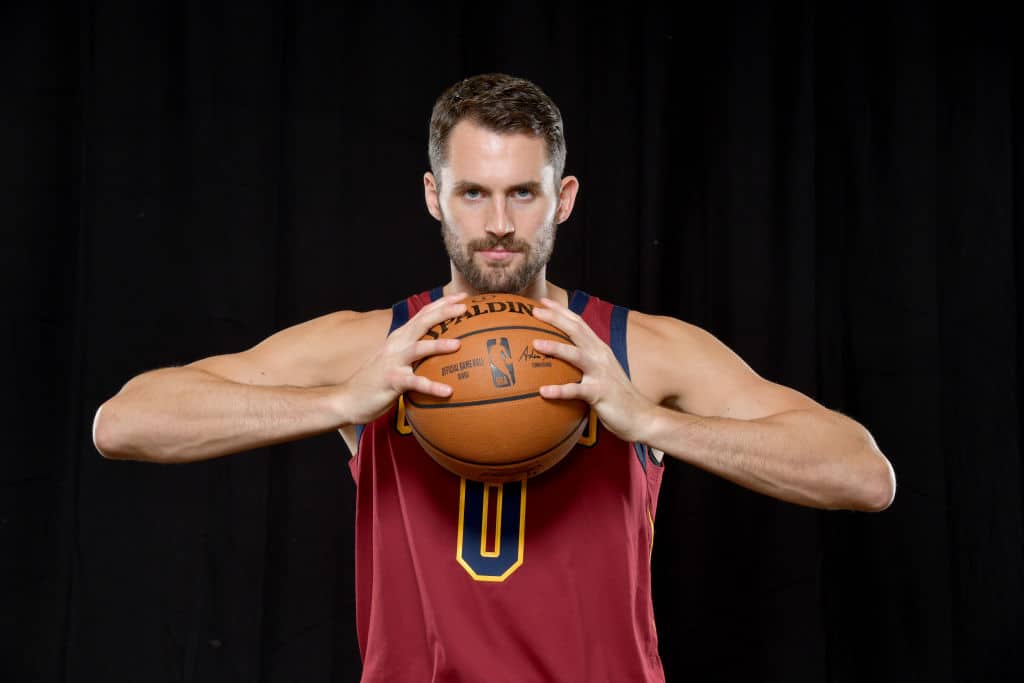 Trade rumors are a constant and inescapable part of Kevin Love‘s basketball life, but the veteran forward insists that he’s perfectly content in Cleveland.

Love, 31, is the oldest player on the rebuilding Cavs and says he’s happy with the roster.

The five-time NBA All-Star inked a four-year, $120 million extension two summers ago, and says he wants to hoop for a winning franchise again.

“I do want to be here. I always have,” Love told cleveland.com in an exclusive one-on-one interview. “I say that knowing it’s the NBA and it’s a business. I think especially after seeing last year, the summer leading up to last year and this summer, the changeover is like unprecedented so you don’t know what is going to happen.

“If they decide to go completely young … and that could be the case, but it’s funny, my agent didn’t call me one time this summer to say, ‘Hey, you’re getting traded, there’s talks that this is happening.’ Of course, somehow it’s still out there and people are talking about, ‘Oh, Kevin would be great here or great there.’ I just keep it moving and try to do right by these guys because we have a good group.”

On the court, for now, that purpose comes in leading the Cavaliers’ rebuild, setting the organization up for a brighter tomorrow and accepting the responsibility that comes with being the face of a renaissance.

“If they do decide (to move on) then at least I would have laid a really, really great foundation and done right by the whole team,” Love said. “Hopefully people will see that, know that no matter what goes down, how it goes down, I will always do right by the city of Cleveland. They’ve done right by me and stuck with me.”

Related ‘Anybody Can Be Traded’: Will the Cavs Move Kevin Love?