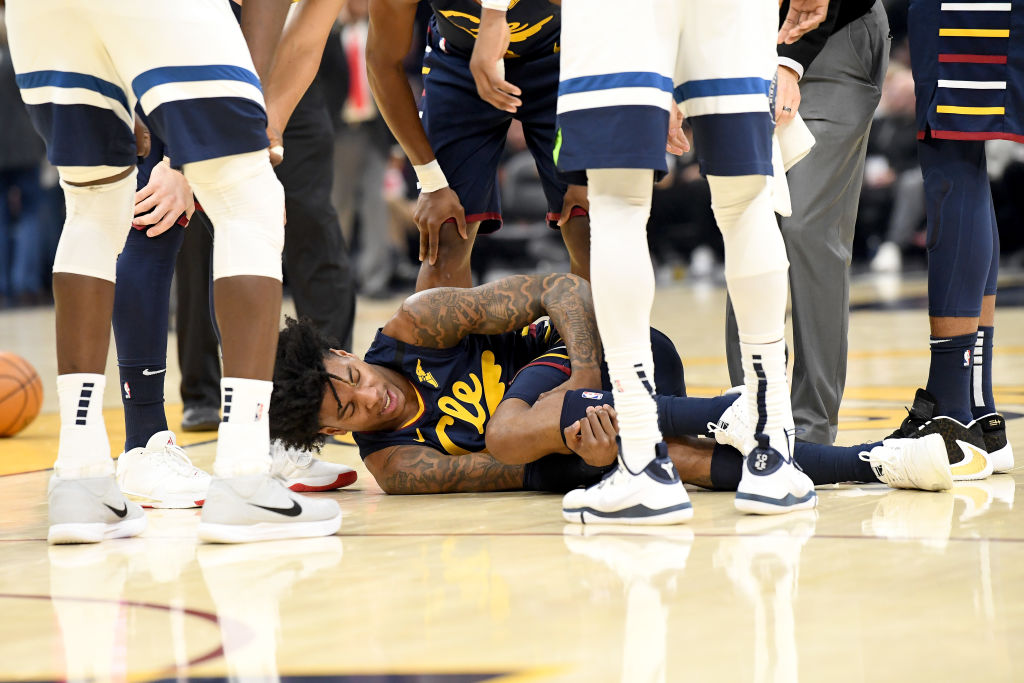 Cleveland Cavaliers fans watched in horror as Kevin Porter Jr. hit the deck in the team’s Sunday night loss to the Minnesota Timberwolves. The organization has since revealed that the rookie has suffered a left knee sprain.

While the non-contact injury conjured memories of debilitating long-term injuries sustained by players around the league in the past, the Cavs have said that they’ll re-evaluate the 19-year-old in a period of two weeks.

Porter Jr. has been a solid addition for the Cavaliers this season, averaging 11.5 points and 3.6 rebounds per game in a slightly larger December workload.

Porter Jr., selected with the final pick of the first round last June, is one of several young building blocks that John Beilein and Koby Altman have at their disposal as the franchise embarks on an ambitious rebuild.