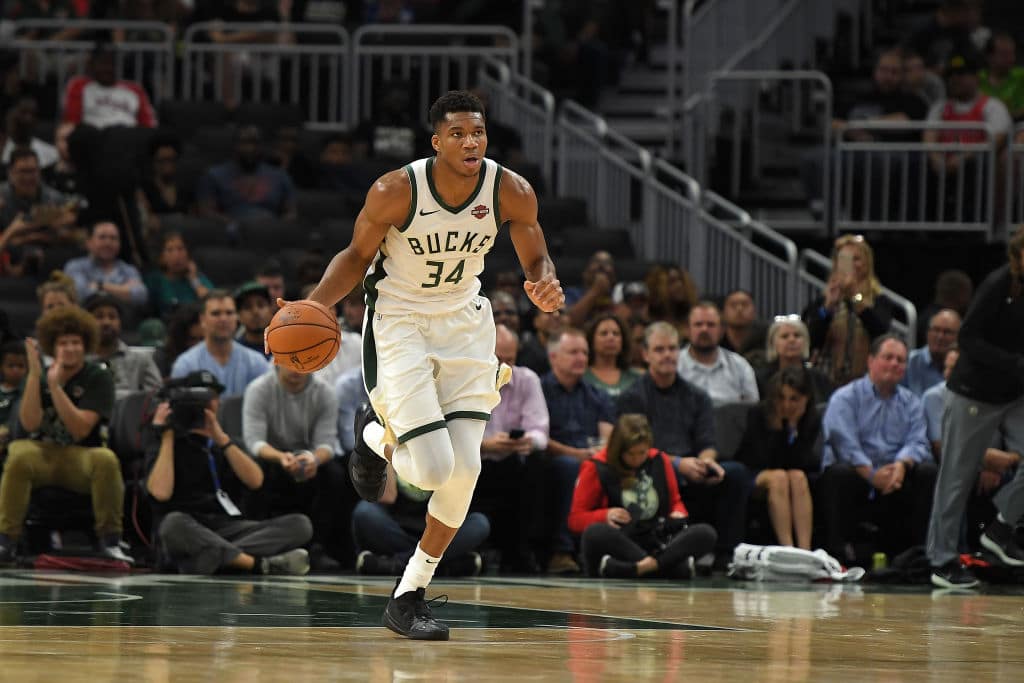 According to Bucks teammate Khris Middleton, we should be bracing for “a whole new Giannis [Antetokounmpo] this year.”

The Greek Freak is expected to be more confident in his shot, and to start firing up three-pointers.

Middleton believes that Milwaukee’s offensive attack will become less reliant on isolation play, and thus harder to stop in 2018-19.

People are picking Giannis for MVP. He improves every season. Should we expect yet another big jump?

KM: “I think so, definitely. I think you’re going to see a whole new Giannis this year. With that being said, it’s more of a guy not hesitating more and shooting more freely. [He will take] 3s and midrange and whatever, but without him hesitating or trying to force the issue. I think this offense is going to be perfect for him, where he won’t have to put too much stress on his body. He can take what the defense gives him. And then there’s going to be times when he just puts his head down and goes and does what he does best. But I think you’re going to see a new Giannis regarding shooting 3s more and just playing more freely.”