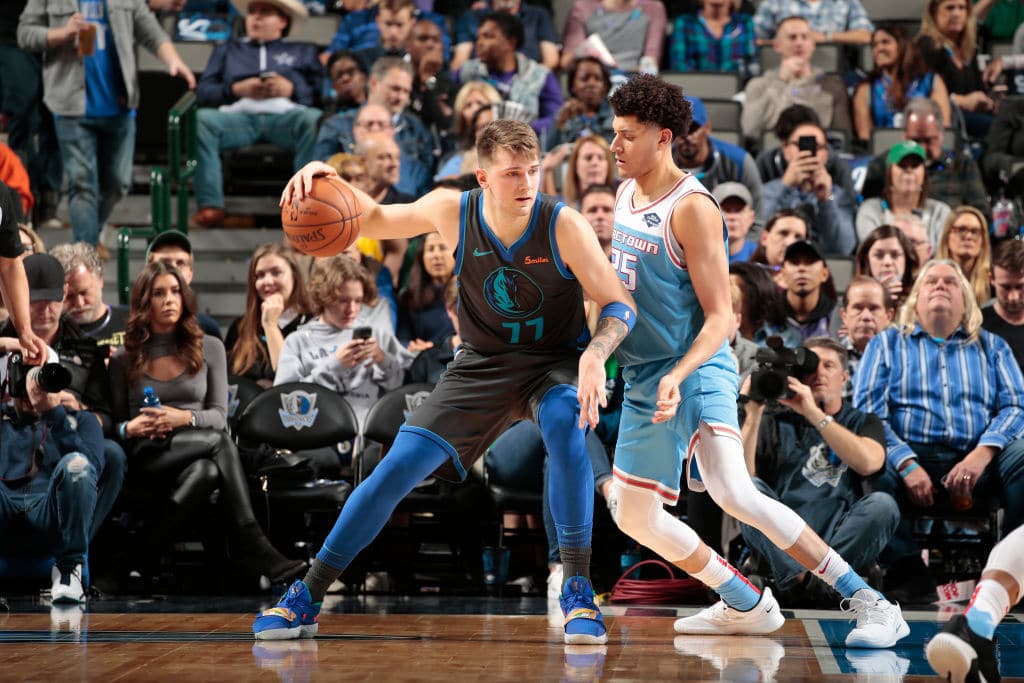 Joerger adds that Doncic’s emergence is great for Dallas and the NBA as a whole.

Luka at one point expected to be drafted by Sacramento.

“He’s got a lot of different skills and I think he’s going to become a heck of a shooter,” Joerger said of Doncic before the Kings’ 120-113 road win over the Mavs on Sunday. “And when that happens, it’s going to make him quicker. He’s got good ballhandling and he knows how to play.

He met with a Kings contingent in Madrid, where he played professionally the previous four seasons, before the draft.

“They needed a big guy, so it was just a better fit for him,” Doncic said diplomatically of the Kings drafting [Marvin] Bagley.

When it was suggested that Doncic didn’t really believe that, a grin broke out on his face.

“I feel that I’m very excited to be in Dallas,” Doncic said. “I’m just very happy to be here.”