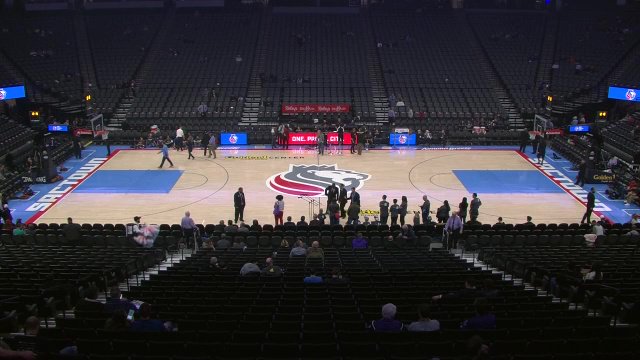 Activists protesting the shooting of Stephon Clark blocked the spectator entrance to the Golden 1 Center on Thursday evening, delaying the start of the Kings‘ game against the Hawks.

The protest began earlier in the afternoon when they blocked Interstate 5 during rush hour, then proceeded to the arena, where they formed a human chain in front of the entrance, according to the Sacramento Bee.

At that point, the Kings closed the doors to the public and moved security personnel inside. Only the fans who were already inside were around to see the start of the game:

Kings – Hawks game has started at Golden 1 Center. No starting lineups or national anthem, just straight to the tip-off. No one being allowed in still as arena remains locked down. Smallest crowd I’ve ever seen to watch an NBA game. pic.twitter.com/aLtGbgHzyy

15 minutes to tip-off. Arena is currently “closed” due to protest. pic.twitter.com/jLlajB5Krl

The Kings did show their appreciation for those who got there early:

P.A. announcer invites the few fans who made it into the arena “A non alcoholic beverage and a snack courtesy of the Sacramento Kings”