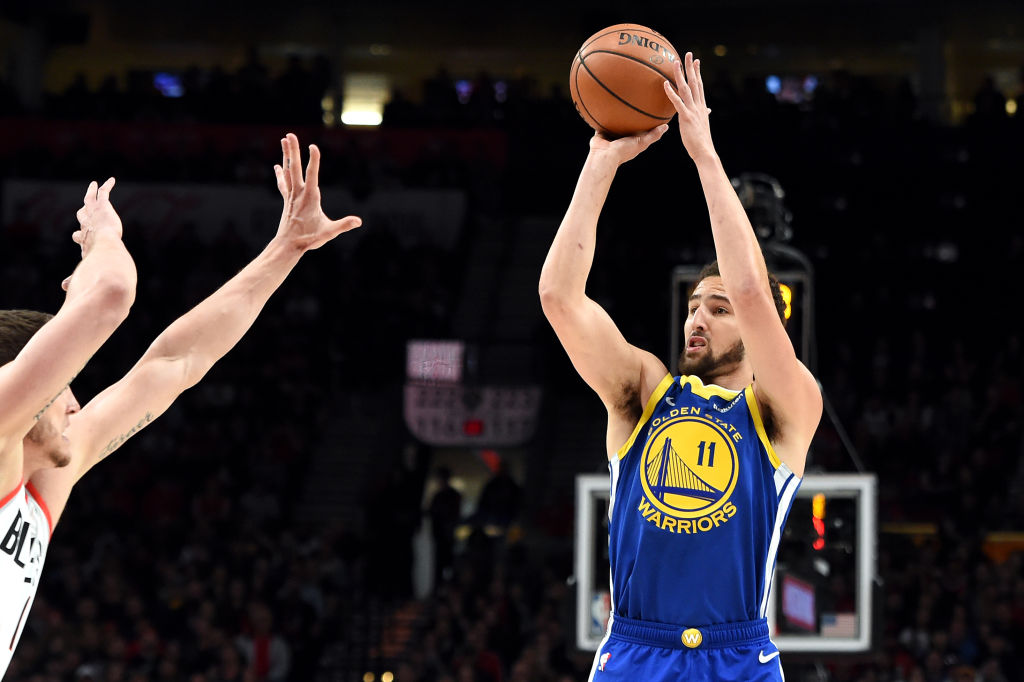 Roughly 15 months removed from ACL surgery, Klay Thompson seems to be doing well. This is great news for the Golden State Warriors who will look to get back to championship contending status after an injury-plagued 2019-20 season that saw them miss the playoffs.

According to head coach Steve Kerr, Thompson has gotten positive feedback from his coaching staff on recent workouts.

“He’s doing well,” Kerr told Monte Poole of NBC Sports. “He worked out here at the facility for several days in a row, maybe four or five days in a row with [assistant coach] Chris DeMarco and Chris gave me really positive updates..”

Kerr would go on to talk about what he’s been able to see of his star shooting guard with his own eyes.

“I was here for a couple of those days and got a chance to see him,” Kerr said. “Klay looks great and he’s anxious to play, so we’re excited about that.“

Prior to his injury, Thompson was one of the best guards in the NBA and a key piece to the Warriors’ recent championship runs. In the 2018-19 season, which was Thompson’s last time to play, he averaged 21.5 points per contest on .402 shooting from beyond the arc.