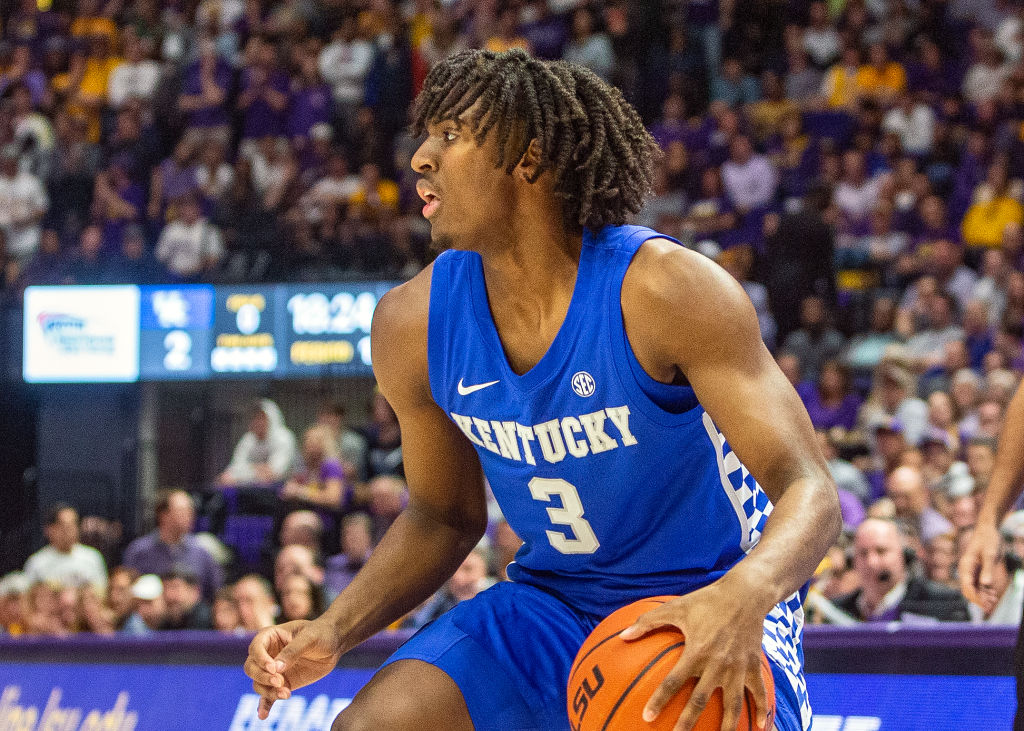 Unless the New York Knicks are able to select James Wiseman or LaMelo Ball with their No. 8 pick in the 2020 NBA Draft, the team could look to trade back in hopes of scoring both a later pick and a young player.

Doing so, a topic of internal conversation according to Marc Berman of the New York Post, would allow the team to possibility secure young player on a rookie contract while still making a pick toward the back end of the lottery.

One such prospect that New York has their eye on if they move back in the draft is Tyrese Maxey, a 19-year-old guard who was a one-and-done for the Kentucky Wildcats. With the Knicks’ notorious issues at point guard, one of the premier positions in the NBA, it makes sense that they would have interest in Maxey.

In fact, SNY’s Ian Begley has reported that New York has also interviewed point guard Kira Lewis Jr.; Lewis is widely regarded as a mid-to-late first-round pick, much like Maxey.

After seven consecutive seasons with records below .500, patience may be wearing thin with the Knicks’ rebuild both internally and externally. In one of the league’s larger markets, with two NBA championships and multiple Hall of Fame players having led their teams to the playoffs, expectations are for the franchise to reclaim some of their former glory sooner rather than later.

Such could be the draw to prospects like Wiseman or Ball, who have the makings of high-level of NBA players.