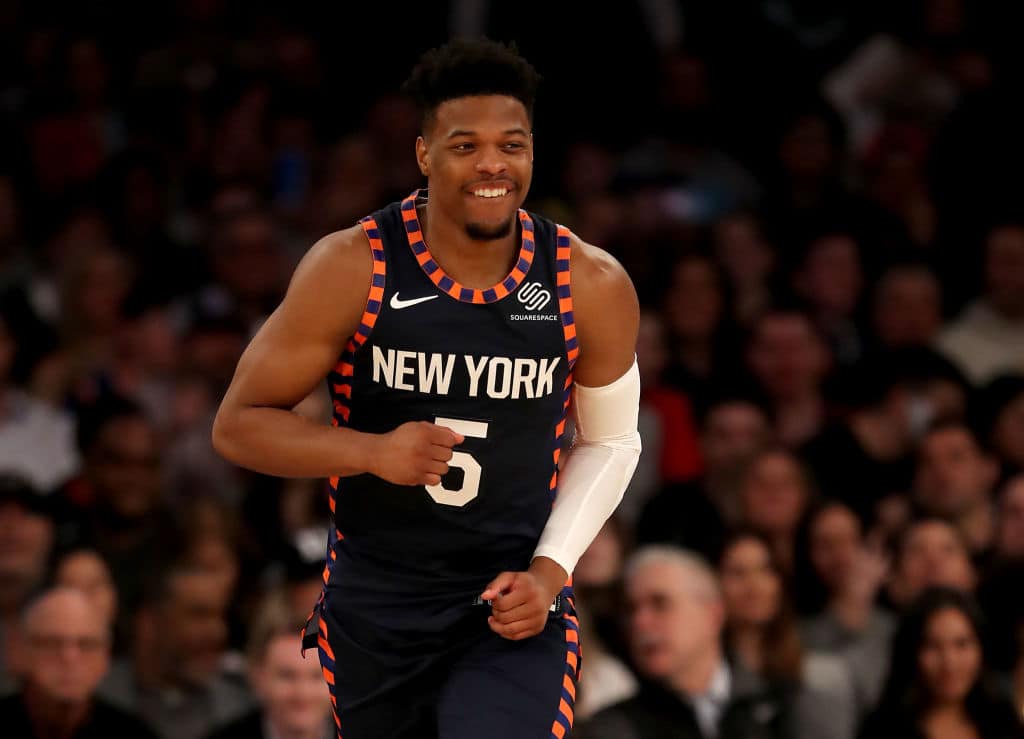 Smith Jr. has been sidelined with a back strain, missing the team’s first two contests but Ian Begley of SportsNet New York reports that the third-year guard was healthy enough to practice this week and is now ready to go.

Smith Jr. says that his latest back episode is unrelated to the back strain that held him out of 10 of the team’s final 14 games last season, not long after the team acquired him in the blockbuster trade that sent Kristaps Porzingis to Dallas.

Injuries, however, won’t be the only thing that Smith Jr. may have to stave off as the regular season approaches. Both Payton and Ntilikina have shown flashes of potential and could command minutes if not a legitimate crack at the first-string.

Payton joins the Knicks as a free agent addition, spending last season with the New Orleans Pelicans. The 25-year-old’s five-game triple-double stretch last March is just a small sign of what the guard is capable of and the Knicks saw fit to take a two-year, $16 million flyer on him.

Ntilikina, who most recently drew attention with a solid performance at the FIBA World Cup is another option for the franchise. He too, however, will have to get a handle on a lingering health issue before being completely cleared to play basketball.

Knicks coach David Fizdale insists that the team is happy to be cautious with their players during the preseason but confirms that it’s the guard’s groin that is causing discomfort. Ntilikina missed the last six weeks of 2018-19 with a groin injury.

The lack of healthy bodies may add an additional element of confusion to an already complicated log jam at the point guard position but the Knicks will take their time figuring it out.

“I don’t know who has the edge right now,” Fizdale told Mike Vorkunov of The Athletic. “We’ve still got two more games to go.”