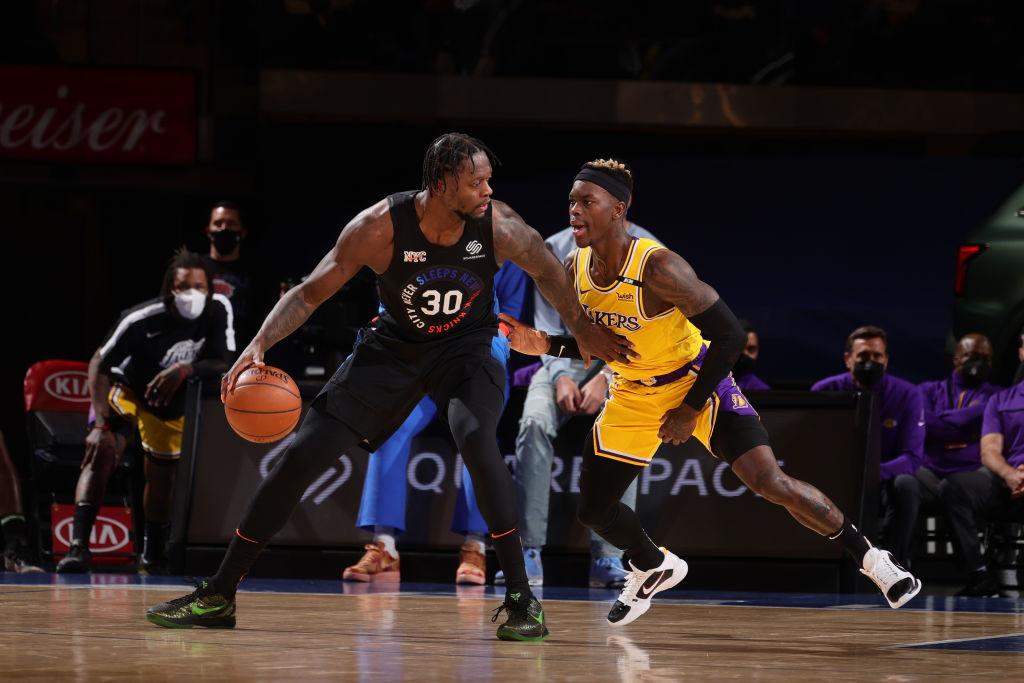 Dennis Schroder has been a spark for the Los Angeles Lakers all season, starting at point guard the entire season. However, he’s in the final year of his contract and is set to become a free agent this summer amidst contract extension disputes with the Lakers.

According to Ian Begley of SNY, the New York Knicks are expected to pursue Schroder in free agency this offseason.

The Knicks could certainly use a point guard like Schroder, who would instantly jumpstart their offense next season. Through 50 games this season, he’s averaged 15.3 points, 5.3 assists and 3.5 rebounds per game. While he’s making $15.5 million this season, it wouldn’t be shocking to see Schroder demand more on the open market this summer.

While the Knicks have been better than usual this season, a few more solid veteran pieces could take them to the next level. With quite a bit of cap space to utilize this offseason, they should have the ability to sign someone like Schroder.