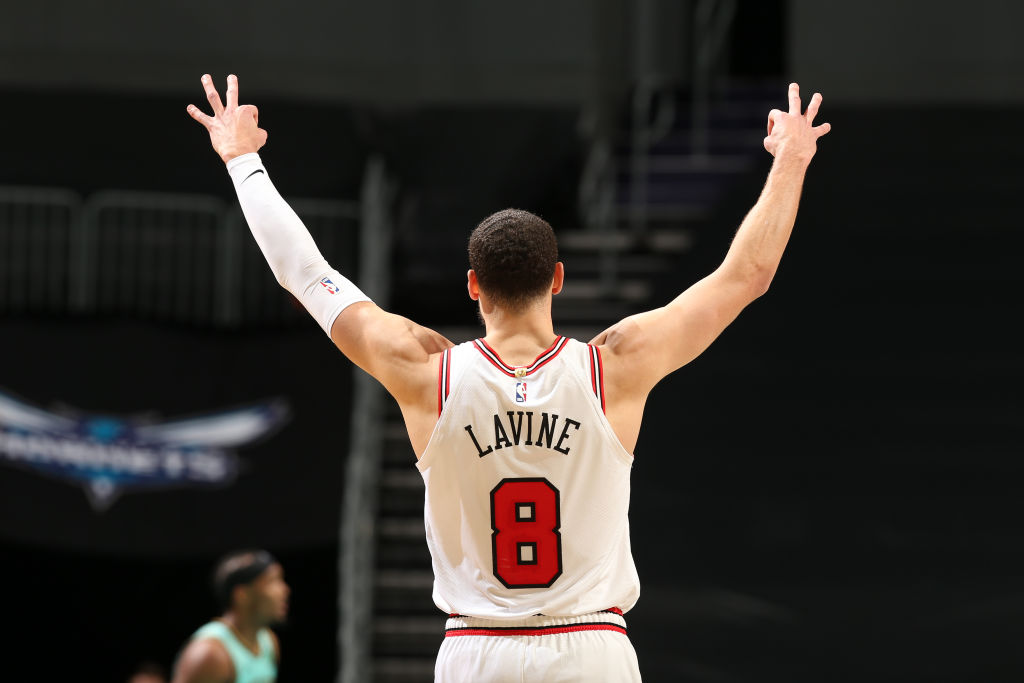 The Chicago Bulls may not be listening to offers for star shooting guard Zach LaVine just yet but, outside of Washington Wizards shooting guard Bradley Beal, he could be one of the most intriguing targets ahead of the March 25 trade deadline.

In a guard-driven league, the exceptional athleticism and upper echelon perimeter skills that LaVine possesses at 25 years old will undoubtedly make him a hot commodity. As such, Chicago could find themselves the receivers of tempting overtures as opposing teams attempt to pry the two-time Slam Dunk champion away from a franchise in need of a facelift.

Per SNY TV’s Ian Begley, the New York Knicks have maintained their interest in acquiring LaVine after monitoring his situation with the Bulls during the summer.

The Knicks, 9-11, are in the Eastern Conference Playoff picture for the first time since 2014-15 and adding LaVine would not only improve their chances of maintaining their status as a playoff team but the overall interest in the team as well.

It’s unclear what the Bulls would want back in return for the star guard but the Knicks have a variety of trade pieces and draft capital that could serve as a jumping off point in negotiations.