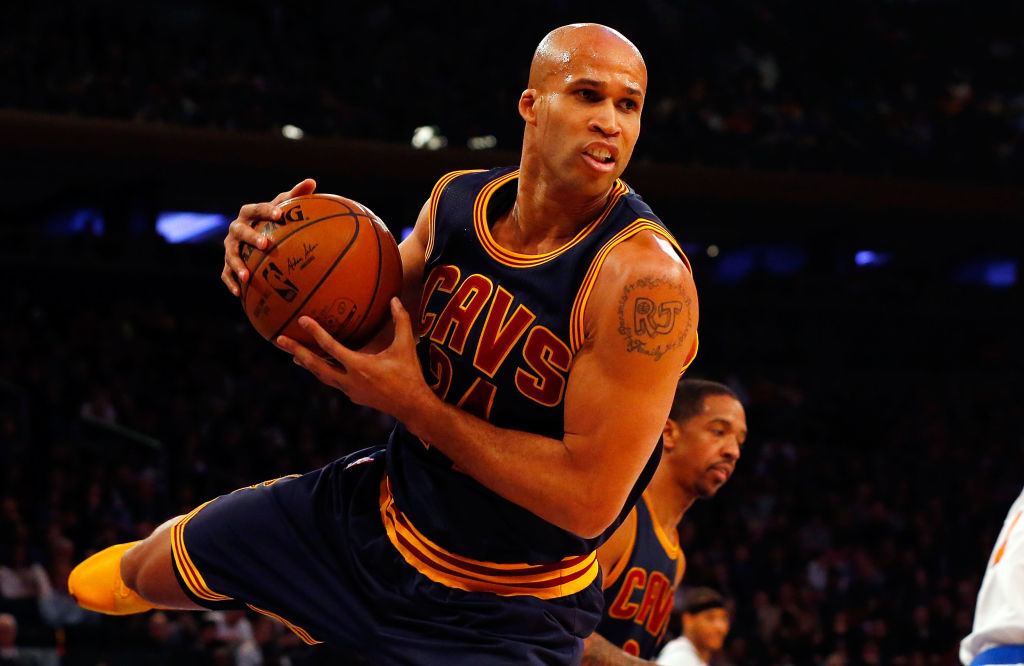 Richard Jefferson joked during a TV broadcast that he elected to retire instead of accepting New York’s contract offer during free agency.

The Knicks’ PR department, in their infinite wisdom, took the bait and put out a denial (which RJ was quick to mock.)

The Knicks, who have lost three straight to fall to 4-13, play their last game before Thanksgiving on Wednesday in Toronto against the defending-champion Raptors (11-4), who are still very good without Kawhi Leonard and dominate the Knicks at AirCanada Centre with six straight wins.

“You got to look at the circumstances we’re in,” starting center Taj Gibson said. “We’re in the East. Nobody’s running away. Maybe the top four teams. We’re still optimistic. If we get three wins in a row, you’re right back in the hunt.”

Related Kevin Durant and Richard Jefferson Clap Back at One Another