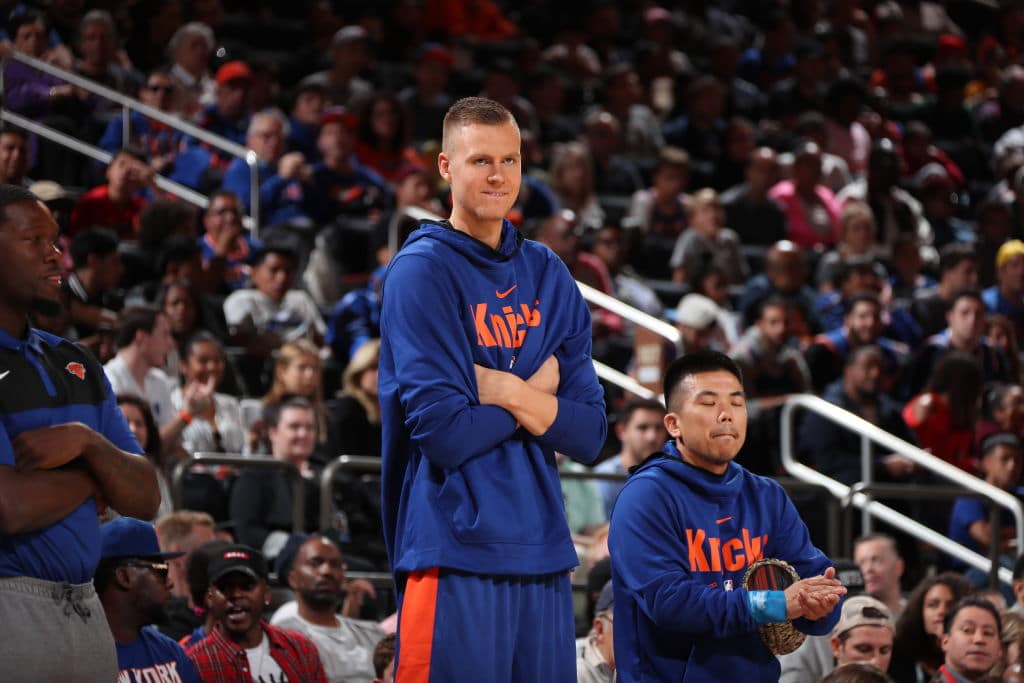 “It was the smart move” for the Knicks not to sign Kristaps Porzingis to a contract extension during the offseason, according to team president Steve Mills.

The front-office in New York says Porzingis is on board with their long-term vision.

The Knicks plan to be big spenders in free agency next summer.

Per Newsday (via ESPN Radio):

“So we’ve been very straightforward in our communication with KP’s brother [Janis], who is his agent,” Mills said. “KP has a long history with us. One thing about my relationship with KP is that when he is unhappy about something or disappointed about something, he’s been very forthright in coming to me and saying, ‘Steve, you know what? I’m not happy about this.’

General manager Scott Perry said Tuesday that the decision was not dictated by keeping salary-cap space clear for next summer — that that was a byproduct of the decision. But Mills said they have a plan and that Porzingis understands.

“We believe it was the smart move,” Mills said. “But primarily because over the summer, Scott and I sat down with KP’s brother and talked about the different options that we have in front of us as it related to his extension. We were clear that the best option to make the Knicks a better team long term and have a better group of guys that KP can grow with long term was to not do the extension at this point.