Knicks Salary Cap and Some Pizza 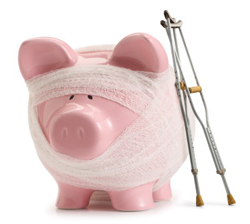 In April 2008, Donnie Walsh became president of basketball operations for the New York Knicks, replacing he-who-shall-not-be-named-ever-again-in-this-blog. He inherited a roster with no chemistry, no heart and no pizzazz. That’s right, pizzazz. Just like pizza, but with two z’s. It’s a fancy way of saying “root-ability” or “watch-ability,” in which case this group had neither. They were so awful you resorted to “boo’ing” or throwing things at the television screen.

More importantly, Walsh stumbled into a roster with no cap flexibility. Here’s what he inherited and why they clogged up the salary cap quicker than 5 p.m. rush hour.

Stephon Marbury | $76 million, through 2009
This was the contract-extension Marbury received from the Phoenix Suns back in 2004. He averaged 20.8 ppg and 8.3 assists in 34 games for the Suns, before being dealt. They were 12-22 in those 34 games. In fairness, he was near or at his prime when he got the extension. But as the Marbury story goes, he’s just another good player on a bad team.

Zach Randolph | $84 million, through 2011
This is what really sunk the ship. He was 2 years into his contract-extension, which he won after winning the NBA’s most improved player award in 2004 while playing for the Portland Trailblazers, when he signed with New York. This left the Knicks with a huge chunk of salary that would only hinder the cap as the years progressed.

Eddy Curry | $60 million, through 2011
All of that green for a guy with a heart problem, weight issues and who has never averaged more than 7 rpg at the center position. There’s nothing we can do here but shake our heads.

Jamal Crawford | $55.4 million, through 2011
Sure, he was a nice guy off the court and said all the right things, but on the court was a different story. Crawford was a sub-par defender and a constant shoot-first guard with a poor 41 percent clip for his Knicks career. He was meant to replace Allan Houston, the way Houston replaced the beloved John Starks. The problem was, Crawford couldn’t shoot like Houston or display the fire like Starks.

(Sidebar: You can argue the Knicks still haven’t replaced Starks as a fan-favorite. David Lee and Nate Robinson get love, but in no way like Starks or Oakley did. It goes to show how much winning really does affect a franchise and its fan-base. It’s sad.)

Jared Jeffries | $30 million, through 2011
He can’t shoot. It’s actually an understatement to say he can’t shoot. He doesn’t know how to shoot would be more accurate. For a guy to get paid that handsomely just to defend is disgusting. So what can Jeffries do? Guard multiple positions and

Jerome James | $30 million, through 2010
I don’t even want to talk about this one. Let’s talk about food instead. Where’s the biggest slice of pizza you’ve ever had? For New Yorkers, Koronet in Morningside Heights is pretty monstrous and at 3 a.m., when you’re feeling good, it’s pretty damn delicious.

Those are six of the most detrimental contracts to the Knicks cap at the beginning of the ’08-09 season. People argued there wasn’t enough time for Walsh to clear-out space for 2010 and the LeBron James sweepstakes. Here’s what Walsh did and didn’t do with these six contracts…

Stephon Marbury
Agreed to a contract buyout (one-year left at $20.8 million)
When: February 2009

Zach Randolph
Traded to the Los Angeles Clippers for Cuttino Mobley and Tim Thomas (both have expiring contracts by the summer of 2010)
When: November 2008

Jamal Crawford
Traded to the Golden State Warriors for Al Harrington and his expiring contract (by the summer of 2010)
When: November 2008

Jerome James
Traded to the Chicago Bulls, in a deal that also included Tim Thomas and Anthony Roberson, for Larry Hughes and his expiring contract (by the summer of 2010)
When: February 2009

In addition to those six, Walsh also…

— Rid the franchise of he-who-shall-not-be-named, and brought in Mike D’Antoni to run the team.

— Signed Chris Duhon to a two-year contract (expiring by the summer of 2010).

— Signed Jordan Hill and Toney Douglas during the 2009 NBA Draft.

What does this all mean for 2010? The Knicks only have six players against the cap in 2010 so far (Wilson Chandler, Curry, Jeffries, Gallinari, Hill and Douglas), at around $22 million. We’ve read the apocalyptic cap scenario released by the League, predicting it may drop to as low as $50 million if the economy doesn’t improve. The cap for this season is $57.7 million, with a $69.92 million luxury tax level. The Knicks payroll this season is about $84 million.

ONE HUNDRED AND TWENTY-FIVE MILLION, SEVEN HUNDRED THOUSAND DOLLARS. Are you kidding me?

In the worst-case scenario (a $50 million cap), it appears the Knicks only have room to offer one max-contract to the free agent class. The amount of a max-contract depends on how long the player has been in the League, according to the Collective Bargaining Agreement (CBA).

By 2010, LeBron, Dwyane Wade and Chris Bosh will be entering their eighth years (they were all part of the star-studded draft class of 2003); Amar’e Stoudemire his ninth; Joe Johnson his 11th and so on. It’s unlikely anyone but LeBron and Wade will be offered max-contracts. According to reports, teams will need at least $16.5 million to offer a max-contract to a player going into their eighth season.

This won’t leave the Knicks with much room to fill out the roster. That’s why we have to pray to the economic God’s that the recession begins to recede a bit. The salary cap is roughly determined by how much income the League accumulates and what the League expects income will be for the upcoming season. If the Knicks want any chance of signing LeBron/Wade plus another marquee free agent (Bosh/Johnson), they will need to shed the remaining contracts of Jeffries ($6.9 million) or Curry ($11.3 million).

If the cap doesn’t dip to $50 million, and the Knicks still haven’t moved Jeffries or Curry, the team will be in OK position regarding free agency, enough to sign one big name. Here are specific things we should be looking for if we want New York to have a successful free agency coup:

1. How the teams with 2010 free agents perform. If you’re a Knicks fan, you want Cleveland, Atlanta, Toronto and Miami to tank. Especially Cleveland.

2. Keep an eye on the Knicks growth, both as a team and individual players. The only way Curry or Jeffries gets dealt is if they perform on the court. This will be much easier said than done. Also look for improvement from Gallinari, Chandler and the rookies, Douglas and Hill. People will

be more hesitant to jump to a team with no chance of winning, so it’s imperative these four display potential.

3. Understand what’s going on in the economy. Keep up with NBA television ratings, sponsorships, advertising, etc… I’ll repeat: Knicks fans need the economy to improve so the cap doesn’t dip too much.

My head hurts now. I become a journalism major to avoid numbers. That worked out well.

The discussion of whether LeBron departs Cleveland or Wade leaves Miami is excellent. It gets people talking about this lovely game of basketball, and the more the better. We all have our opinions on what they might do (I don’t believe Wade leaves; LeBron I’m not too sure about), but let’s be mindful that whether or not the Knicks acquire them, it was prudent and necessary to fix this roster and this franchise. Walsh moved this once-proud organization in the right direction. Careful spending, having enough room to actually chase people and nurturing young talent are what they’ve done. We’ll probably have to sit through one more losing season, but come 2010, it will be worth it, LeBron or not.