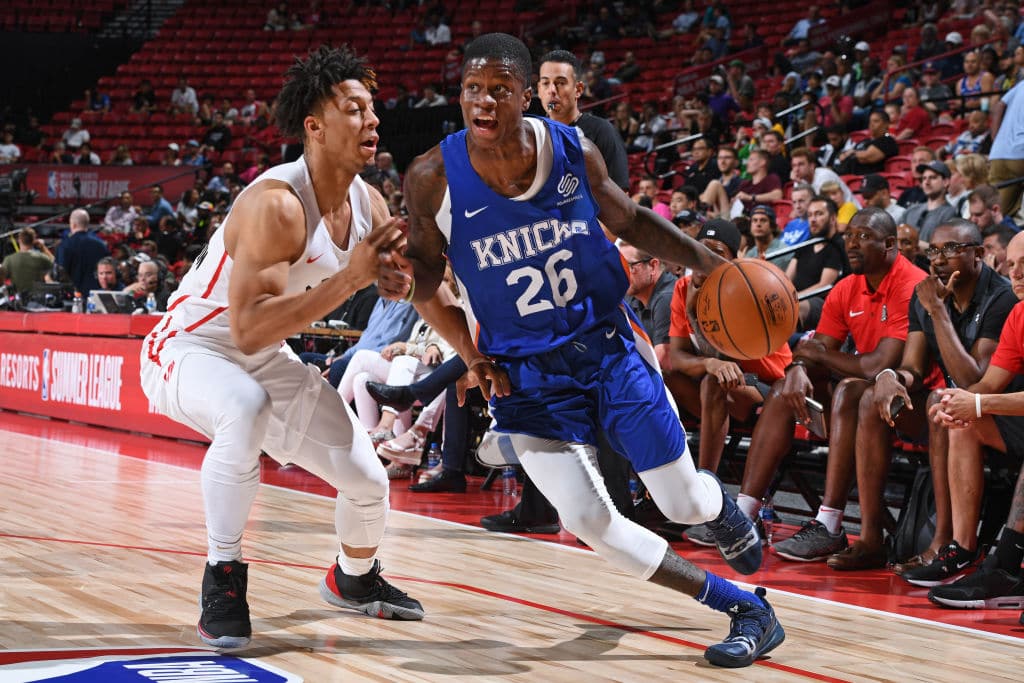 The Knicks signed Shaw University standout Amir Hinton to an Exhibit 10 contract on Monday, the team announced in a press release.

Hinton, 22, led all of Division II in scoring last season, averaging 29.4 points and 4.9 assists while shooting nearly 49 percent from the field. The Philadelphia native began his collegiate career at Lock Haven before ultimately transferring to Shaw.

After going undrafted, Hinton latched on with the Knicks for Summer League play. In four games, he notched averages of 4.3 points and 1.8 rebounds for New York.

Hinton, along with Lamar Peters, VJ King and Kenny Wooten were all officially signed on Monday, rounding out the Knicks’ roster to 20 players heading to training camp.