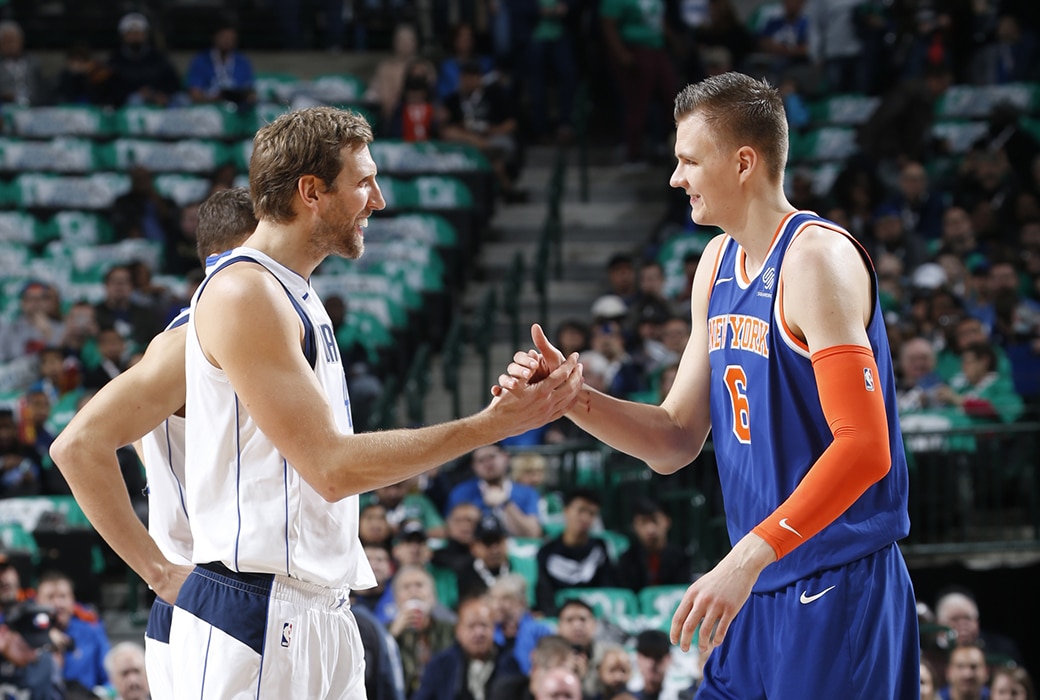 The Knicks have agreed to trade Kristaps Porzingis to the Dallas Mavericks, reports ESPN’s Adrian Wojnarowski.

According to The Athletic’s Shams Charania, Porzingis is planning to sign his qualifying offer this summer, setting him up to become an unrestricted free agent in 2020.

The Mavericks, however, are confident that they can sign Porzingis to a long-term deal with Luka Doncic and Dirk Nowitzki selling him.

During a recent meeting with Knicks brass, Porzingis expressed concern with the franchise’s direction and communicated a desire to be traded.

KP about to learn ALL THE TOOLS from Dirk 👀 pic.twitter.com/tZSUdPgsTH