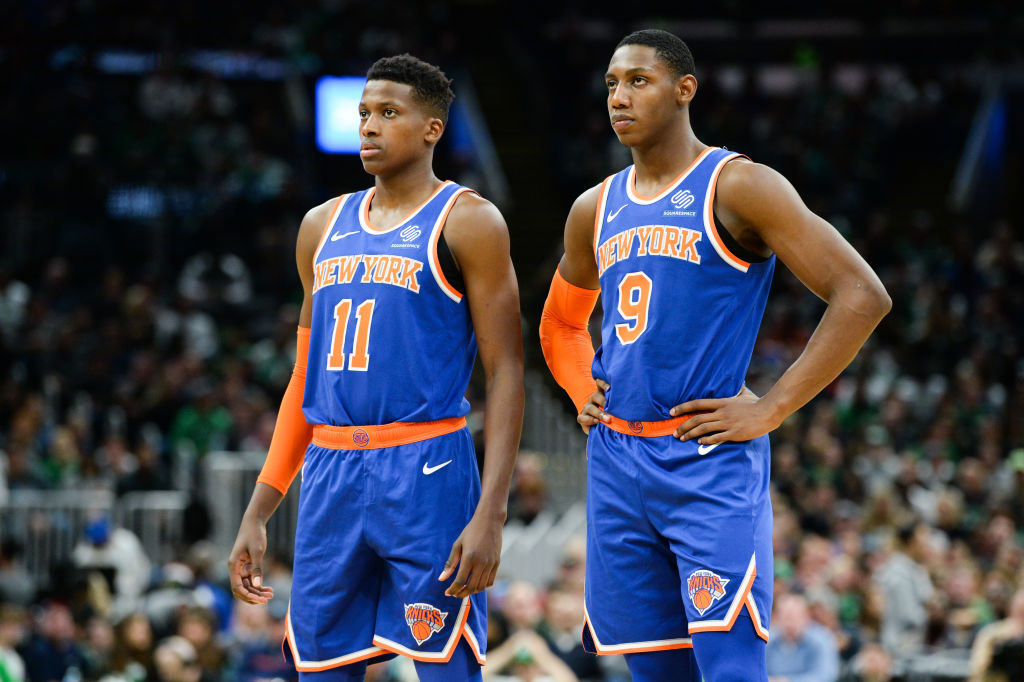 R.J. Barrett and Frank Ntilikina speak French to each other on the court. This began early in the 2019-20 campaign and hasn’t stopped. The language, however, isn’t the only thing that the young duo share.

“I understand his game a lot,” Barrett told Ian Begley of SportsNet New York. “[He’s a] European player – that’s kind of the way I played growing up. I feel like we understand each other.“

Given the fact that they’re a combined 40 years old, the idea of Barrett and Ntilikina growing familiar with each other and developing in tandem is an intriguing thought for Knicks fans.

Despite the fact that Ntilikina has started just 26 games (compared to Barrett’s 45), the two have logged 588 minutes together so far this season. That two-man pairing is the ninth most heavily used by the team in 2019-20.

In 46 games for the Knicks so far this season, Barrett has averaged 13.7 points and 5.7 rebounds per game. Those numbers might not jump off the page for the No. 3 pick in the 2019 NBA Draft but the 19-year-old has played through two head coaches in his first year out of Duke, for a franchise without a clear direction.

Barrett and Ntilikina are, of course, just two members of an intriguing crop of young Knicks players, many of whom have been pushed to the backburner at various times this season while the wayward team chased wins with more experienced players.

Those wins never came and several shifts have started to take place since, including the dismissal of team president Steve Mills and the trade deadline deal that sent 30-year-old Marcus Morris and his 18-plus points per game to Los Angeles.

Whether this means more opportunities for the other high upside Knicks remains to be determined but Begley notes that it’s a distinct possibility if the core remains in tact when Leon Rose takes the helm.

For now, at least, Knicks fans can take solace in the fact that there’s growing momentum behind a backcourt pairing of Ntilikina and Barrett which can be at least partially attributed to the fact that they speak to each other in a language only they understand.