Kobe and Weezy: Together at last 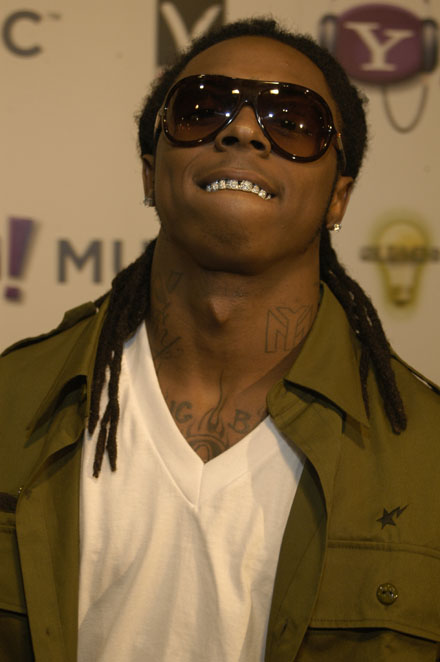 It looks as if Lil Wayne (also known as Birdman Jr., Young Tune, Weezy F. Baby, Weezy F**kin Baby or Tha Carter ) is going to be the first celebrity to wear Kobe Bryant’s new #24 jersey. The unveiling of KB24 will take place at an upcoming performance in Los Angeles as part of the Up Close and Personal Tour.

Weezy, the young rapper who’s sold over 21 million records worldwide (shaking head in disbelief), had this to say when speaking to MTV recently: “When Kobe heard about the concert, he reached out to me ’cause he’s a fan of my music and I’m a fan of his skills on the court…He said he wanted me to be the first to represent his new jersey, number 24, and I was with it!”

I wonder what Kobe will do to pay Weezy back for the free pub:

-Be the first guy in the NBA to play with platinum teeth.

-Show up on BET’s Freestyle Fridays.

-Get a tear tattooed just below one of his eyes.