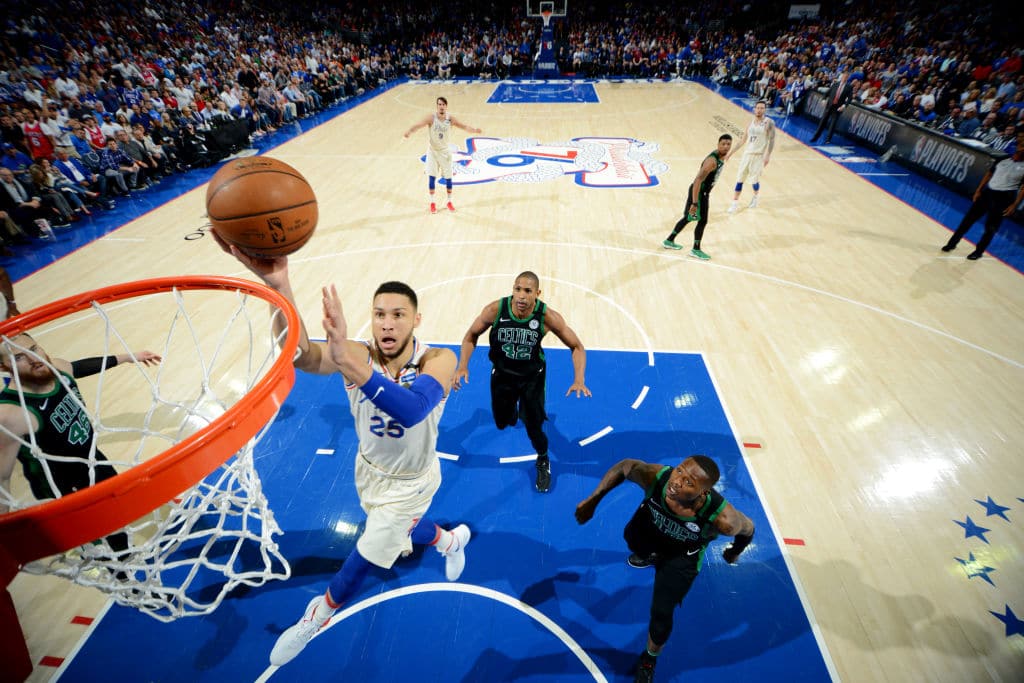 Kobe Bryant, aesthetically speaking, thinks Ben Simmons would be better off with a rebuilt jumpshot.

The Black Mamba, however, doesn’t blame Simmons or his jumper for the Sixers being in a 3-0 hole against the Boston Celtics.

On Ben Simmons jump shot and its impact on the Boston series.

KB: “Just aesthetically I would say build that thing anew (laughs). I don’t think the game came down to that though. I think on a fundamental level, being able to get open off the ball is what did them in. They just tried to pop free for the ball, and in that situation you can’t do that. You got to put your body on your defender, hold them off and now you got to pop for the ball. Those are just basic, fundamental things, but those little fundamental things are what cost teams playoff series’ and eventual championships. So it’s those little fundamental things that you’ve really got to focus on from Day 1 in training camp, because if you lose sight of that it comes back to haunt you. In the league, in the NBA, it tends to be overlooked. But Phil [Jackson] never overlooked that stuff. We would do basic things. How to pop for the ball, b-cuts, proper bounce passes, left hand passes, right hand passes. All those little things. As you saw in that Philly series, there were two plays where they turned the ball over on passes.”