Kobe Bryant: LeBron James Must ‘Figure Out a Way to Win’ 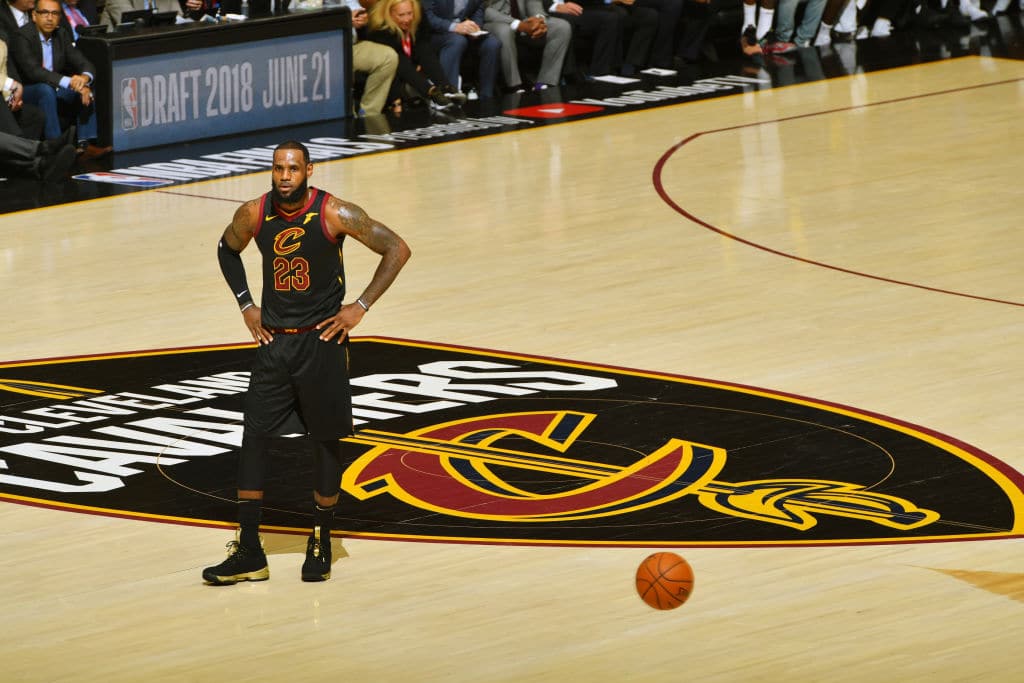 As far as Kobe Bryant is concerned, it doesn’t matter if LeBron James has to face a vastly superior Golden State Warriors team in the NBA Finals year after year.

The King has to “figure out a way to win.”

Bryant defines every great player’s legacy by how many championship rings they collect.

So how do we view LeBron's legacy now?

The Black Mamba is happy to share the same kind of tough-love advice Michael Jordan gave him years ago when he was struggling to get past the Celtics.

LeBron has three rings. He’s been to more Finals than any player in modern times. But he’s 3-6 after this series. Does that matter to his legacy?

“If I’m Bron, you got to figure out a way to win. It’s not about narrative. You want to win championships, you just gotta figure it out.”

How should we weigh a star’s supporting cast? Does LeBron get credit for carrying Jordan Clarkson and JR Smith this far, or penalized for losing with them? We saw how the role players blew Game 1 of the series.

Bryant: “Michael gave me some really good advice after the ’08 Finals: ‘You got all the tools. You gotta figure out how to get these guys to that next level to win that championship.’ Going into the 2010 series, I said, ‘Listen, Boston, they got Ray Allen, they got Paul Pierce, they got [Kevin] Garnett, they got Sheed [Wallace], the talent is there. They’re stacked.’ That was the first superteam. [Michael] kind of heard me lament about it, and he just goes, ‘Yeah, well, it is what it is; you gotta figure it out. There’s no other alternative.’ And that’s the challenge LeBron has. You have pieces that you have to try to figure out how to work with. Excuses don’t work right now. …

“It has everything to do with how you build the team, from an emotional level. How do you motivate them? … Leadership is not making guys better by just throwing them the ball. That’s not what it is. It’s about the influence that you have on them to reach their full potential. And some of it’s not pretty. Some of it’s challenging, some of it’s confrontational. Some of it’s pat on the back. But it’s finding that balance, so now when you show up to play a Golden State or a Boston, your guys feel like you have the confidence to take on more.”