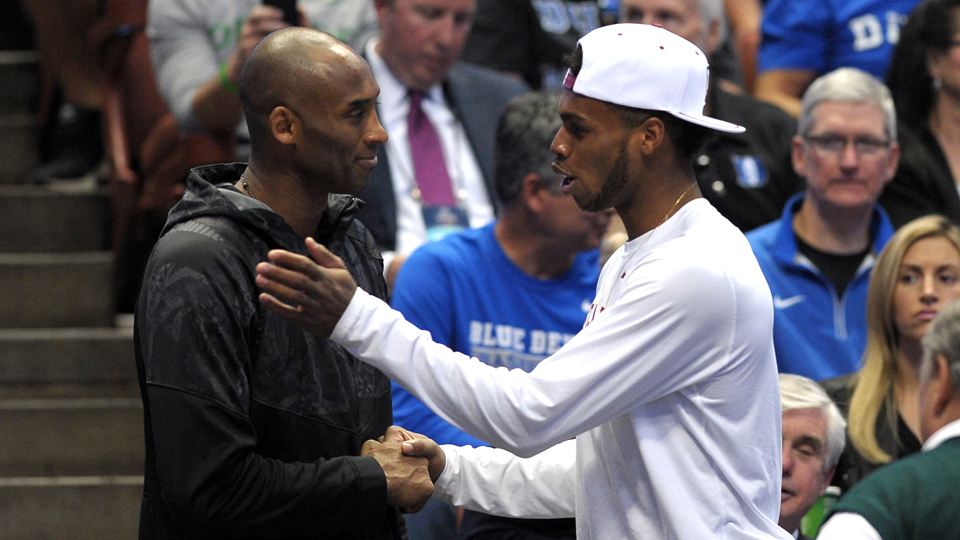 Kobe Bryant invited his young friend Buddy Hield to a 6 a.m. workout this past summer, and the rookie quickly learned how obsessively-detailed The Black Mamba is about his craft on the court.

Hield reports that Bryant made him drill the exact same move over 100 times during their two-hour session—one Kobe used (see above) to make countless defenders look silly throughout his legendary NBA career.

NBA rookie @BuddyHield had heard all the @KobeBryant legends.

The 22-year-old ended up in New Orleans, but had claimed that he could take over scoring duties for the Lakers once Kobe retired.

The way we did our shooting drills impressed me even more. It was different. After warming up, we didn’t do a normal shooting workouts — like taking 10 shots from one spot and 10 from another. Kobe was having me copy specific moves he was doing, and then repeating them over and over until I got bored of doing them. It wasn’t like one dribble to the elbow for a jumper, it was full sequences — moves that you might not even attempt once a game.

One move started in the high post. Kobe pump-faked at the free throw line and reverse-pivoted into the lane for a floater. […] He made me do that one move maybe 100 times in a row while he watched.