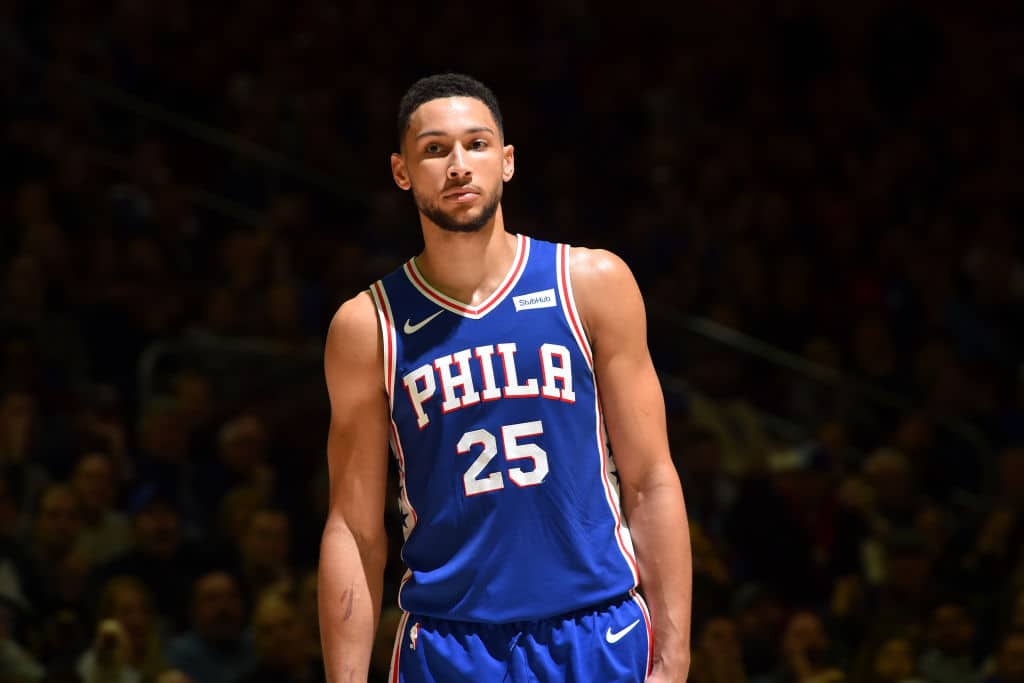 Kobe Bryant has one important piece of advice for Ben Simmons: develop a jumper, young man.

The Black Mamba cautions that Simmons will otherwise live to regret it by the time his career ends.

Bryant adds that he’s amazed by the 22-year-old NBA All-Star’s ability to dominate games without being able to shoot.

Per news.com.au (via The Herald Sun):

“He’s got to get a jump shot,’’ Bryant said. “It sounds stupid and all that but I’m dead ass serious.

“Because if not, he will regret it when his career is over.’’

He said Simmons ability to dominate NBA games without a reliable jump shot is “astonishing” — and also predicts the Melbourne product still has a bright future ahead of him.

“I think his development will come in shooting obviously,” Bryant added. “At some point he’s got to be able to shoot that ball. Jason Kidd, when he came in the league, wasn’t a great shooter, but he worked to the point where he became one of the best three-point shooters we’ve had in our league in history.

“That will be his next progression. That being said, even without that, he’s been able to dominate and take that city of Philadelphia to a place where it hasn’t been in a very long time.”