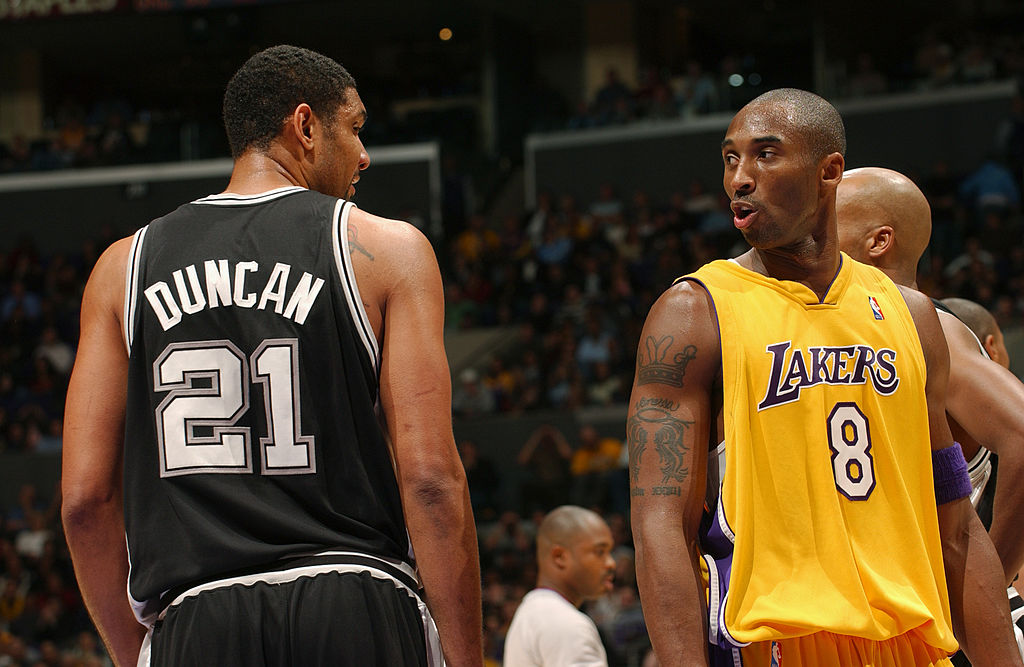 While no formal announcement is expected to come until Saturday, Shams Charania of The Athletic reports that Kobe Bryant, Tim Duncan and Kevin Garnett will be inducted into the Hall of Fame.

There was never any doubt that the three generational superstars would be elected to the Hall of Fame after they dominated the league for a span of two decades. All three were first ballot nominees.

That the three will be forever linked in a star-studded induction class is only fitting given how memorable battles between the three perennial All-Stars were throughout the early 2000s.

Duncan’s Spurs and Bryant’s Lakers met in the NBA playoffs seven times over the course of their careers. Later, of course, Bryant’s Lakers collided with Garnett’s Celtics in the NBA Finals. All three retired from the game at the end of the 2015-16 season.