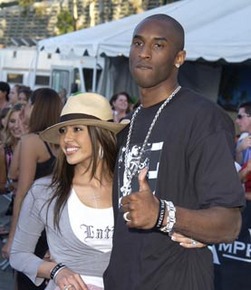 I know, I know…No more Kobe posts on SLAM Online!!! Or so the saying goes, but only after some throwaway one-line Kobe post generates 200+ comments.

Just bear with me here. This is a good one, be it apocryphal or not.

We all know about Kobe’s competitive streak; time and again, we’ve seen the man he’s defending score on him only to get completely eviscerated on the very next possession when Bryant gets the ball. According to TMZ, Mamba will not accept defeat, even when he’s just hanging out in a nightclub.

Kobe was in Vegas, on hand for the opening of a swanky new club, when he and some poker player got into a champagne-buying competition:

According to sources inside the club, Kobe wasn’t about to be shown up by some puny little card player — and kicked in for five bottles. Antonio, who’s used to upping the ante, then switched his order to ten! Go big or go home!

Kobe ended the competition when he purchased an astounding 15 bottles — and then left the club!

You see, kids, that’s the kind of insanity one needs in order to become the best in their field. Leaving the club immediately after making the ridiculous purchase, I thought, was inspired.