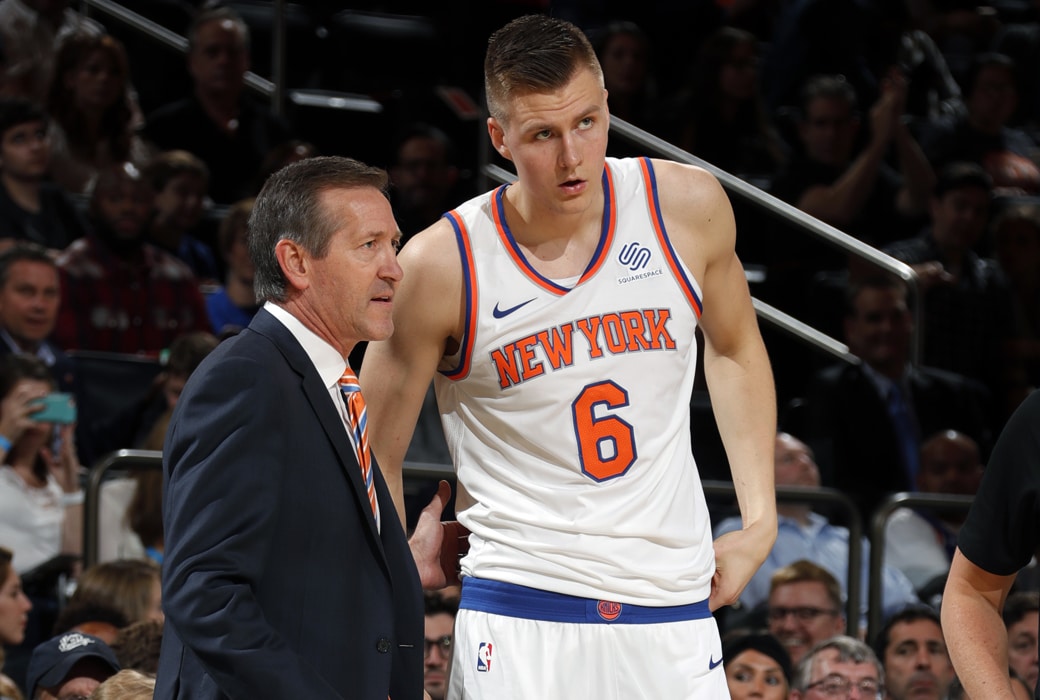 According to the NY Post‘s Marc Berman, Porzingis’ rift with Hornacek was one reason why he blew off his exit meeting.

Signs of rebellion as Hornacek nears finish line. Had dustup with Porzingis last season too, per source #Knicks https://t.co/lVRvrbuo2d

The source told The Post that late last season, Kristaps Porzingis, normally the politest of souls, cursed out Hornacek during a practice, using the F-word.

While players and coaches go at it behind closed doors more than you’d think, the Porzingis-Hornacek tiff partially underscored why Porzingis didn’t show up for his exit meeting. Phil Jackson wasn’t the lone target of his franchise disgruntlement.