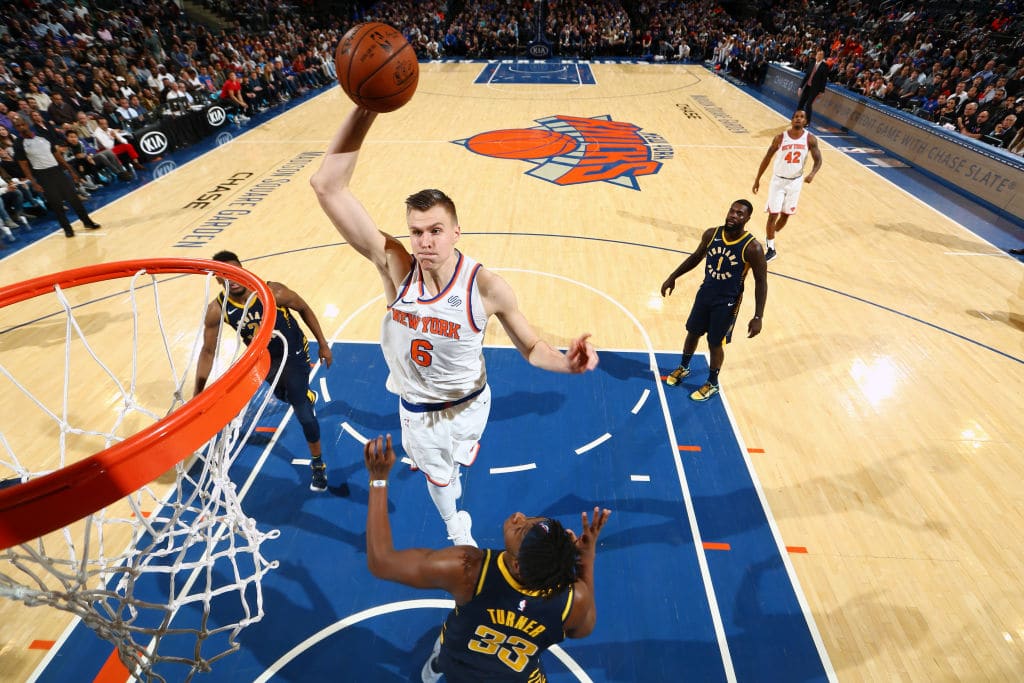 The Knicks roared back from a 19-point deficit.

“The challenge is never too big for me”, said Porzingis, who is the first player in the NBA since 1983-84 to post at least 40 points, five rebounds, five blocks and make two 3-pointers.

“I always accept the challenge and that’s why I knew coming into this season, if [Carmelo Anthony] was not going to be here, then I am going to have to be the guy.”

Porzingis added eight rebounds and six blocked shots in his seventh 30-point performance in nine games this season, a good glimpse of someone that’s definitely welcomed the chance to fill the void created by Anthony’s exit.