Kyle Kuzma: Lakers Have Their Own ‘Death Lineup’ 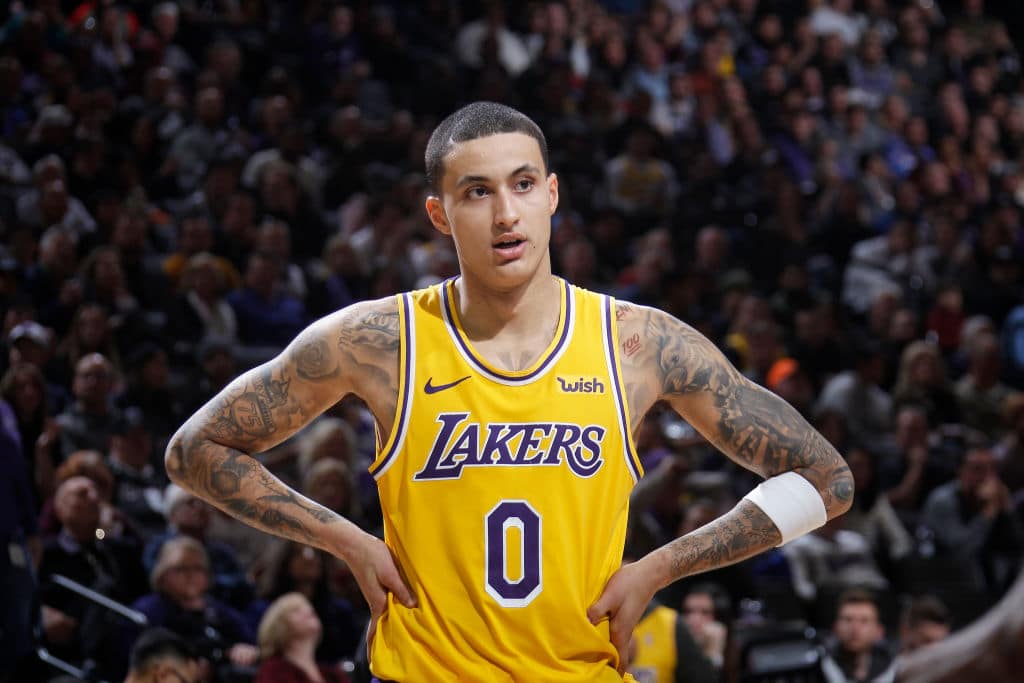 Move over, Golden State: Kyle Kuzma says the Lakers—health-permitting—can roll out their own so-called “death lineup.”

Kuzma believes L.A.’s small ball unit, which has yet to hoop together due to injuries, “can be really good.”

Kyle Kuzma sees the Lakers' version of a 'Death Lineup' being important, once the team gets healthy https://t.co/1VCEepJNxd

Kuzma adds that LeBron James playing the center position is key to the group’s effectiveness.

“I think our small ball unit can be really good,” Kuzma said. “I think we can have a death lineup whether that’s [Rajon] Rondo and Lonzo [Ball] on the floor at the same time and me and [Brandon Ingram] and [Le]Bron [James] or substituting guys. I think as we get better defensively and get more continuity, that small ball lineup is going to be huge for us, especially in the playoffs, when everybody’s going to be going small.”

Kuzma says the Lakers haven’t been able to try that lineup in practice yet.

He sees the lineup working best, though, with James as their small ball center.

“I mean I would hope he would be the five,” Kuzma said, smiling. “He’s a little bit bigger, little more muscle. Offensively doesn’t really matter. He’s going to have the ball. We have a pretty good pick and pop chemistry. It’s all about defensively how we guard our guys.”