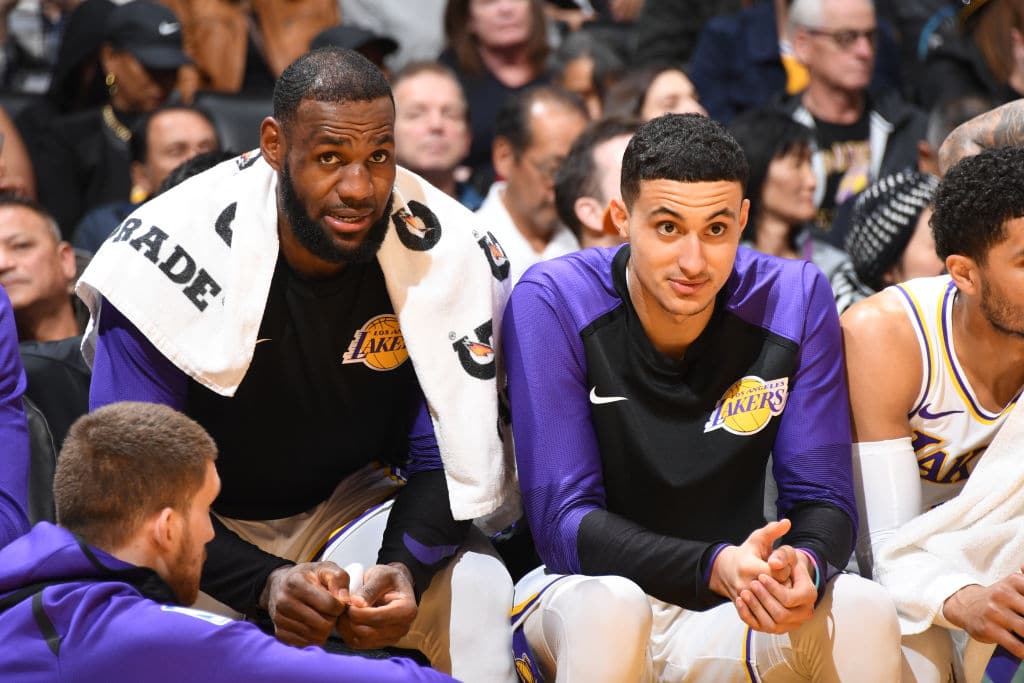 The Los Angeles Lakers are not comprised of “just one player,” according to Kyle Kuzma.

Brandon Ingram rises to occasion in 4th as he and Kyle Kuzma show their growth as playmakers in win over Sacramento https://t.co/niJsfxPwHl

Brandon Ingram led the way with 21 points, seven rebounds and nine assists in a 121-114 win against the visiting Sacramento Kings.

“Just that we can do more as a young core and as a team,” Kuzma said when asked what he has learned during this short stretch without James and Rondo. “We are not just one player, we just got to eliminate little mistakes and we could have won all three games [without them]. For us, it is just continue to keep getting better and better and when those guys get back, hit the ground running.”

Kuzma also thrived as a playmaker with 18 points, nine rebounds and six assists. [Kentavious] Caldwell-Pope hit five 3-pointers and scored 26 points and [Josh] Hart added 22 points and seven rebounds. Perhaps the best gift Ingram and Kuzma gave James was how they showed signs of learning how to play a well-rounded game and setting up teammates like James has done.

“We just continue to show growth each and every game in tight situations that we are in,” Ingram said. “… There’s added emphasis every single night that we step on the floor of passing the ball and getting the best shot for our team. I don’t think we [Kuzma and Ingram] always do it because we naturally want to score the basketball.

“But I think it was definitely the best way to play tonight.”