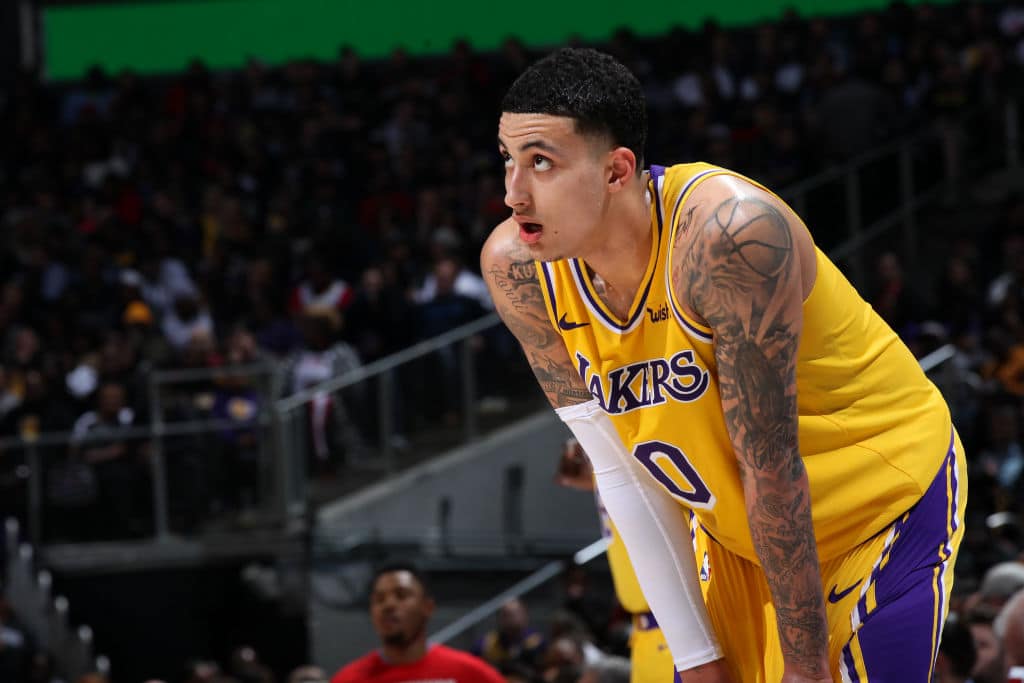 The same foot injury that kept Kyle Kuzma off the Team USA roster for the FIBA World Cup will sideline the forward through mid-October. Tania Ganguli of the Los Angeles Times writes that the 24-year-old suffered a stress reaction in his left foot.

If not treated appropriately, a stress reaction can turn into a stress fracture which would keep Kuzma out of action for even longer. For that reason, Kuzma will be shelved at the start of training camp and will undergo an MRI when the team returns from its preseason trip abroad.

The Lakers will return from China on October 13 and an MRI conducted then will reveal the next steps for Kuzma’s rehabilitation.

Kuzma averaged 18.7 points and 5.5 rebounds per game for the Lakers last season and is intent on establishing himself as the deadly third option the team could benefit from behind LeBron James and Anthony Davis.

As Ganguli outlines in her feature, the Lakers were adamant about keeping Kuzma through the process of trading for Davis, it only makes sense that they’re being as cautious as possible when navigating this foot injury.