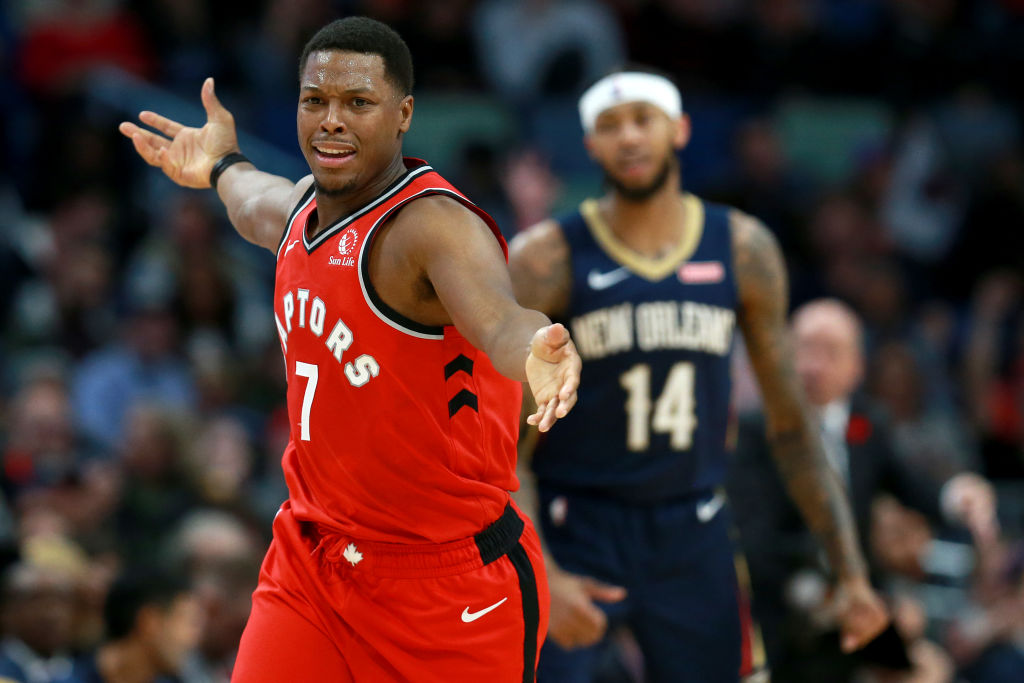 Update #1, Nov. 9: Kyle Lowry has a fracture of the distal phalanx of his left thumb and will be re-evaluated in two weeks, ESPN’s Rachel Nichols reports.

The Toronto Raptors await further test results on a thumb injury sustained by Kyle Lowry, Eric Koreen of The Athletic reports. The veteran guard is said to have suffered a small fracture.

Lowry injured the thumb swiping for the basketball in Toronto’s Friday night victory in New Orleans. The injury was initially considered to be nail-related because the 33-year-old’s nail immediately turned black and blue.

The Raptors will have a timetable for recovery after further tests.

This isn’t the first time that Lowry has struggled with a thumb injury but Koreen reports that the latest setback isn’t related to the one that required surgery to fix over the summer.