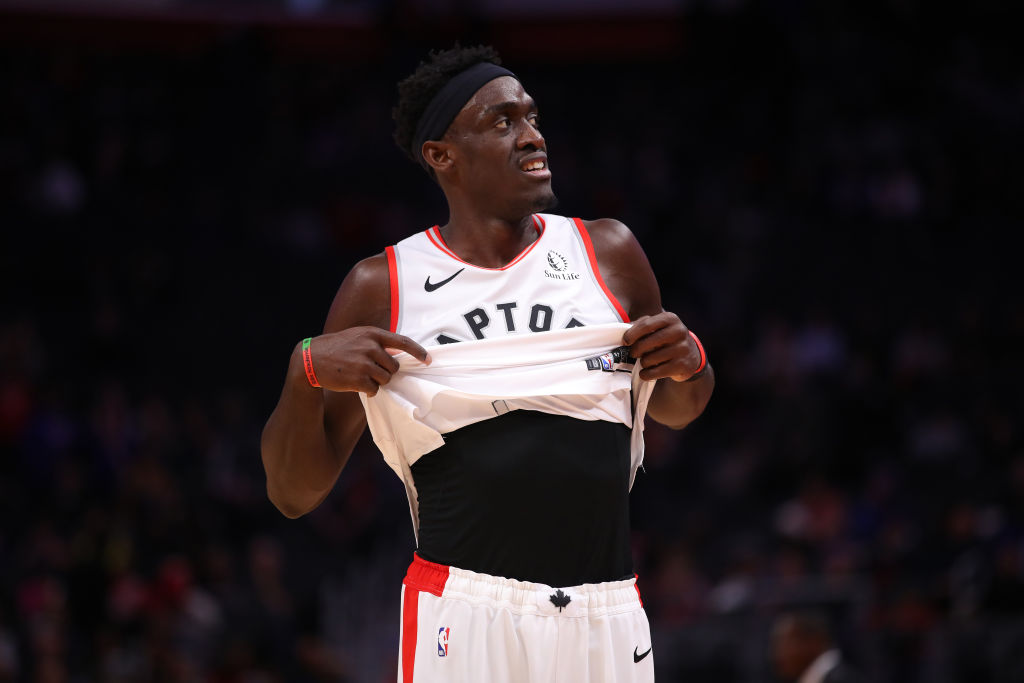 Pascal Siakam was the 2018-19 NBA Most Improved Player. He made a massive leap in production and was a key piece in the Toronto Raptors’ championship run. This season, with Kawhi Leonard joining the LA Clippers in free agency, Siakam had to step into a larger role.

This didn’t seem to be a problem all season. Exceeding expectations, the 26-year-old led his team to the No. 2 seed in the Eastern Conference. He also led the Raptors in scoring with 22.9 points per game.

In the first round of the 2020 NBA Playoffs against the Brooklyn Nets, Siakam looked great. He produced 20.8 points, 7.8 rebounds and 4.8 assists per contest. His scoring wasn’t as efficient as it was in the regular season but he was able to help his team offensively nonetheless.

Then came the second round against the Boston Celtics, where Siakam would really struggle. In that seven-game series, he averaged just 14.9 points per game on .382 shooting from the floor and .125 from deep. Of the 32 three-pointers he attempted, he made just four. In Game 7, when Toronto could have used his scoring down the stretch, he scored only 13 points on 12 shot attempts.

After their disappointing playoff exit, his teammate Kyle Lowry talked about how this will be a learning experience for Siakam and it would only make him better next season.

“I would not be surprised to see him come back even more hungry and destroying people.”

Lowry would go on to talk about his own personal experiences in the playoffs and the advice that he would give Siakam.

“For myself, when we got swept against the Wizards, I read every single article. I read every single thing that was said about me. Good, bad, evil, terrible, awesome, and I used it as motivation. And that’s what he’s going to do…That’s the advice that I would give him is that you look at everything. You go back and look at all these moments and you see who’s saying what, because you’re going to use it as fuel…I think this is a learning experience, and I think it’s only going to make him a better basketball player, a better man, a better everything.”

Overall, Pascal Siakam’s struggles in the second round of the playoffs is nothing to be concerned about long-term. After making the 2020 NBA All-Star team, there is nothing but a bright future ahead of him. With excellent leaders in his locker room like Kyle Lowry, he will be able to learn from this experience and use these lessons going forward.