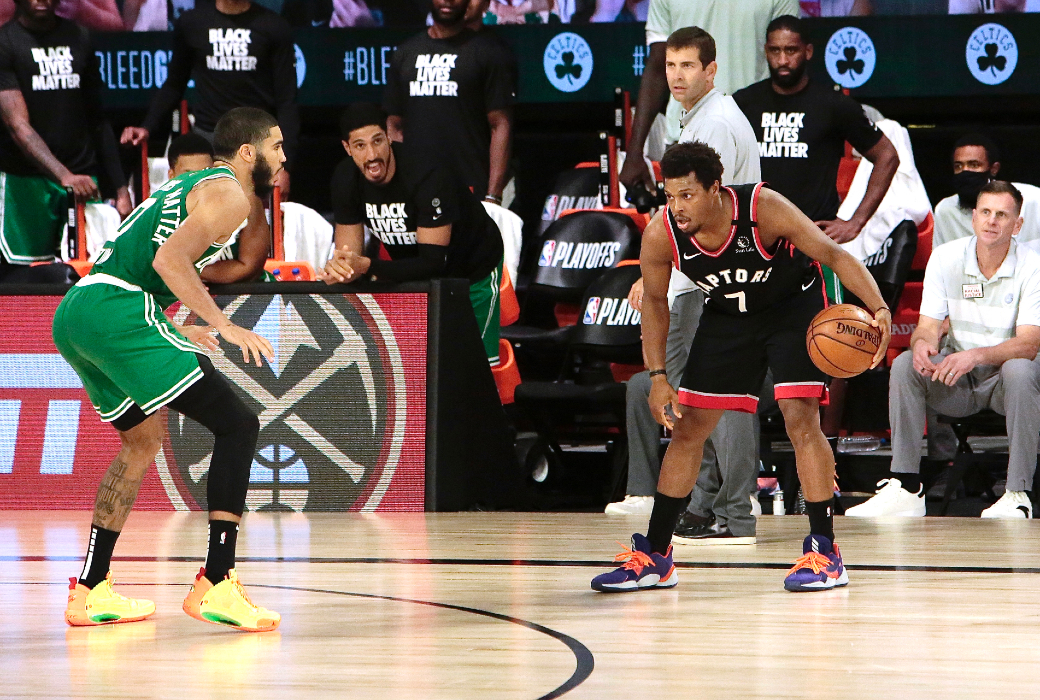 One thing that the Raptors-Celtics matchup has revealed is how clutch Kyle Lowry is.

The six-time All-Star has stepped up to the plate throughout the competitive series. In game 6 on Wednesday, he dropped a game-high 33 points. He also ended the night with 8 assists, 6 rebounds, 2 steals and a block to lead Toronto to a 125-122 double overtime victory.

Lowry’s effort and fearlessness on the court has helped tie the series 3-3. His all-around play has too often been overlooked, as Celtics head coach Brad Stevens stressed afterwards.

“He’s an All-Star, but he might be the most underrated player in the league,” Stevens said, via USA Today. “I just feel like he’s a terrific defender, he’s a terrific leader, a terrific effort player. Offensively, he puts you in a bind by getting fouled, making tough shots, and obviously, he does every little thing that helps teams win. Somehow he’s been underappreciated. The more people watch him in these settings, the more people appreciate him. He’s an amazing player, and certainly a big engine to them.”

“He’s a great one. He’s fun to watch. He’s the ultimate competitor,” Raptors coach Nick Nurse added, per USA Today. “He stepped step into it. He’s not afraid of the moment. Made some big ones for sure. Played great.”

Game 7 is set for Friday at 9:00 pm ET. The winner will meet Miami in the Eastern Conference Finals.