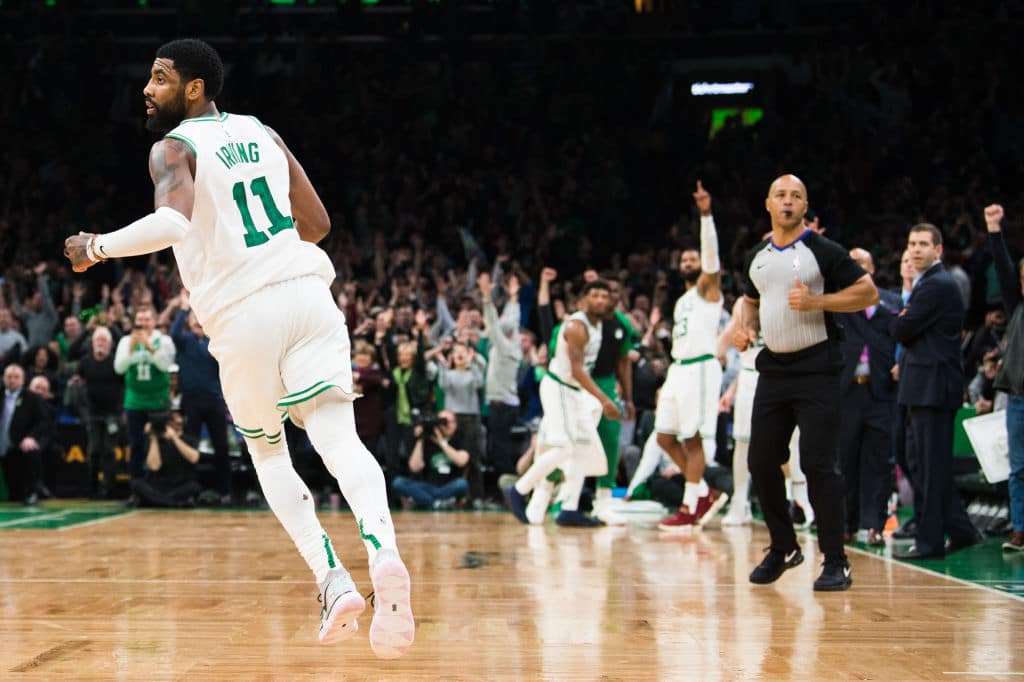 Kyrie Irving dazzled with just seconds left, using a variety of fakes and dribble moves to free himself up for the game-winning layup. Irving finished with 30 points as Boston earned the home win over Indiana.

Portland pulled away in the second half as they earned their league-leading sixth straight win. Damian Lillard put in 36 points and seven assists for the Blazers. Trae Young scored 26 in the loss.

Stephen Curry tied the game with just 0.5 seconds left in overtime but on the following inbounds, Kevin Durant fouled Karl-Anthony Towns, who made the game-winning free throw. Towns finished with 15 points, 13 rebounds and seven assists.

Jamal Murray (27 points, nine assists) and Nikola Jokic (23 points, 16 rebounds) led the way as the Nuggets earned a win over another West team fighting for playoff seeding. Russell Westbrook had a near triple-double with 27 points, nine rebounds and nine assists.

The win helped Denver tie Golden State for the No. 1 seed in the Western Conference with a 51-24 record.

It was a battle of the shooting guards as Donovan Mitchell (35 points) and Bradley Beal (34 points) went toe-to-toe, but Mitchell’s team notched the win. Jae Crowder and Joe Ingles each added 18 points for Utah.

RELATED: Kyrie Irving: ‘I’ve Made A Lot of Mistakes That I Take Full Responsibility For’