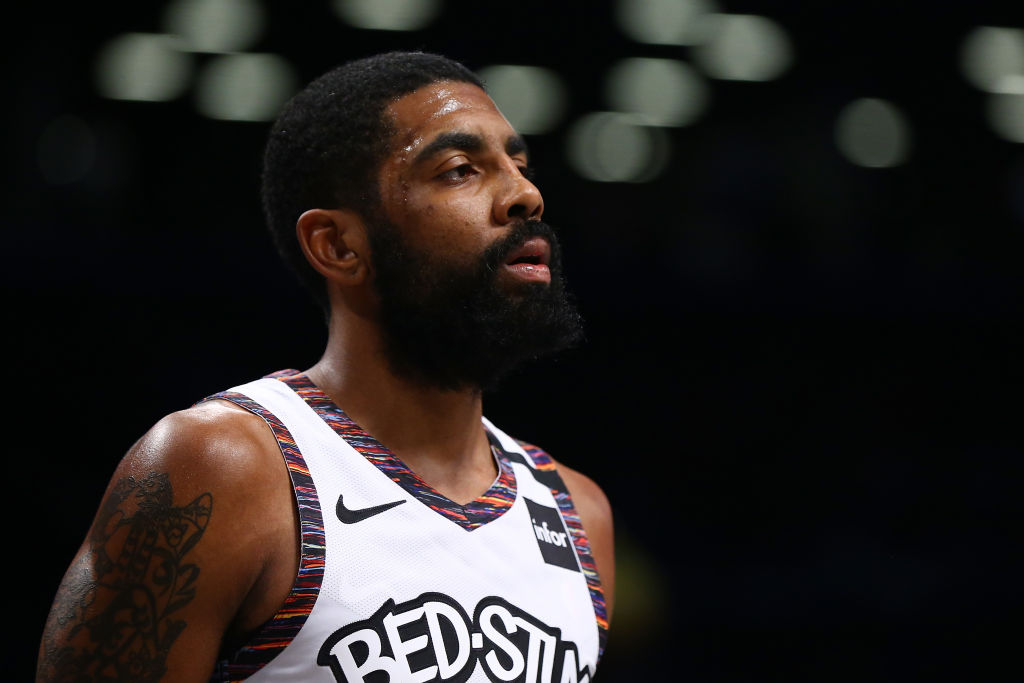 While Kyrie Irving forever etched his place in hoops history with an enormous, series-shifting three in the final minute of the 2016 NBA Finals, few would have tabbed him as the primary offensive option on that Cleveland Cavaliers squad that went on to win the franchise’s first title.

Irving, now a member of the Brooklyn Nets, recently spoke about hypothetical game-deciding situations with his new squad in anticipation of a 2020-21 campaign in which he’ll suit up alongside Kevin Durant.

Irving spoke excitedly on the Boardroom’s podcast about the the possibilities of closing out games with Durant, expecting the two stars to defer to whichever player has the hot hand down the stretch, but then he contrasted that with the rest of his career.

“One thing I’ve always been comfortable with is, you know, I felt I was the best option on every team I played for down the stretch,” Irving said. “This is the first time in my career where I can look down and be like that mother****** can make that shot, too.“

It’s no crime to for Irving to be confident in his ability to hit big buckets in important games – his track record speaks for itself – but the glaring omission of LeBron James as a “mother****** that can make shots” comes as the former Cavaliers superstar sits three wins from his fourth NBA title.

Irving’s relationship with James has been dissected in the past but the younger Irving has admitted to having called James to apologize for his behaviour with the Cavs prior to his trade request out of town.

I think people always try to come up with some narratives, trying to pit one elite player against another upcoming elite player. But when Bron came in, he was in the mindset of, ‘Man, I’m here to help all of my teammates.’ That was the attitude that he came in with him and Ky was receptive to it and they found ways to be successful together. I wish we could’ve did it for a few more years.

With that in mind, Irving’s comments aren’t likely to rattle James as he guides his own new club through the 2020 NBA Finals.

What we do know for sure though, is that the All-Star point guard’s comments will make any 2020-21 matchups between the Nets and Lakers that much more appealing.