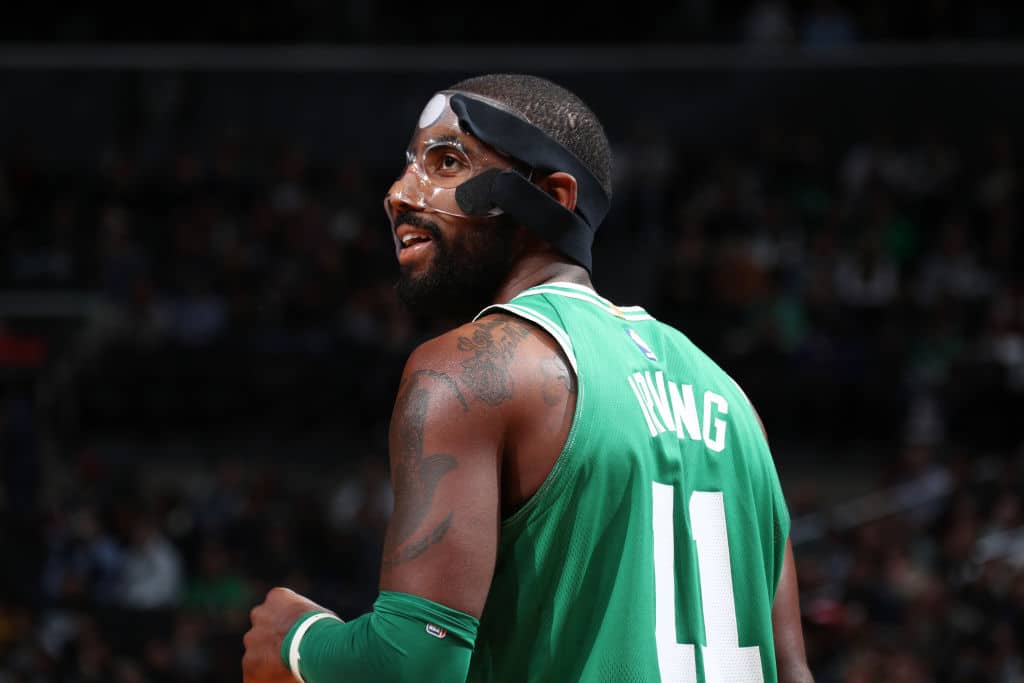 Kyrie Irving grew up in West Orange, New Jersey, and in his first public comments since agreeing to join the Brooklyn Nets on a four-year deal, said “home is where my heart is.”

Irving, 27, adds that his NBA journey brought him to BK, where he wants his “legacy to continue.”

Kyrie convinced fellow free agent superstar Kevin Durant to join him in The Big Apple, where they will undoubtedly be princes of the city.

“Home is where my heart is,” he continues, “and it’s always been there.”

He might have to wait a year to play with Durant, who could miss next season while recovering from a ruptured Achilles tendon. But with Irving taking controls of the offense and a promising young core around him, the Nets should be a playoff team, even while Durant recovers.

“I wouldn’t change anything about this journey, at all,” Irving said. “It’s brought me back here and that’s home, and home is where my family is. Home is where I want my legacy to continue. And, I’m happy to be in Brooklyn.”

Related Danny Ainge: ‘I Have No Issues at All With Kyrie’