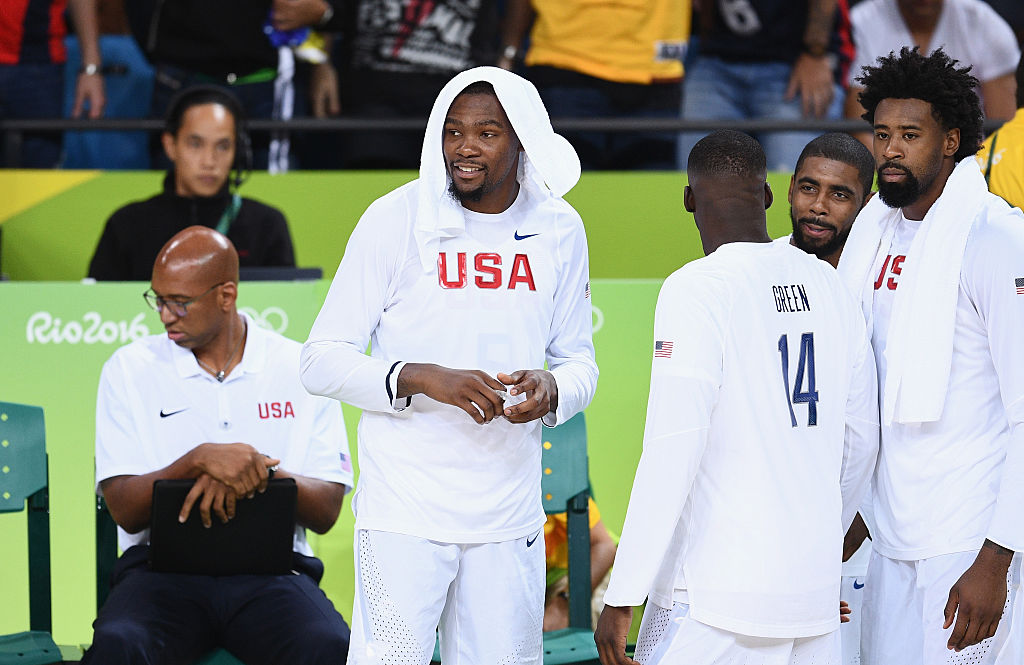 “Let’s all get on the same team and play together,” Irving implored his two buddies in then.

Kyrie credits the trio’s strong off-the-court bond for them all ending up together in BK.

“Kyrie and I didn’t have the smoothest start,”‘ Durant says. “He was coming off a championship, a long season, and he was a little in and out of it in Rio.

“He was tired, not quite committed like the rest of us early on. I felt that, and I pushed back on him, not in a personal way but as teammates do. And that was the start of our little relationship.

“For him to allow me to do that, for him to take it in the right spirit, and for us to be able to talk through it, that only solidified our respect.”

There were endless conversations about basketball, including how LeBron James had orchestrated his own “friend group” in Miami with Dwyane Wade and Chris Bosh that yielded two titles. One of the final nights on the Silver Cloud, as Ky, KD and DJ clinked glasses, Jordan recalls Irving saying, “Hey, this would be cool to do for real.”