Kyrie Irving ‘Pretty Sure’ He Will Stay in Cleveland 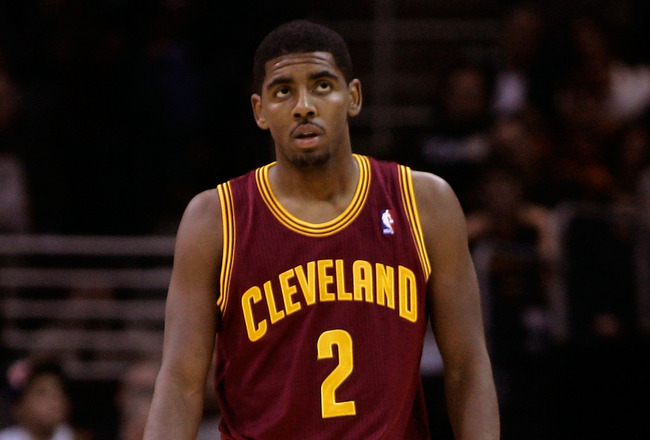 Following a report that Kyrie Irving has been privately telling people that he’s unhappy in Cleveland and wants to leave the Cavaliers, the All-Star point guard was grilled by reporters following a 117-86 loss to the New York Knicks on Thursday night.

Irving didn’t exactly squash the rumors that he wants out, but said he’s “pretty sure” that he will be in wine and gold for a long time.

“There’s been so much so-called reports coming out that I don’t want to be here. That’s what you guys get paid to do, but that’s just so much negative attention,” Irving said following the Cavs’ 117-86 loss to the Knicks. “I know we’re struggling, but it’s not about me. It’s about our team. It’s about us fighting every day for each other and me fighting for my teammates.

“Yes, I’m in Cleveland. I enjoy myself. I enjoy going out and competing at the highest level for the Cleveland Cavaliers. That’s what it’s about. It’s not about me and it’s not about this controversy, ‘Do I privately want out when my contract is up?’ I’m still in my rookie contract and I’m happy to be here. And I’m pretty sure I’m going to be here for a long time. I’m not saying anything to tell the future, but I’m pretty sure the relationship I have with Dan Gilbert and management extends off the court. I enjoy being here.”

Irving has grown increasingly media savvy, and this is a very cagey way to appease Cavs fans.

When asked point-blank about signing a five-year max deal this summer, Kyrie stopped short of committing himself:

“It’s still too early to say. I’m still trying to get through this season,” he said. “Everybody is trying to antagonize this team and put it on me. I’m here for my teammates, I’m here for Coach Brown and the coaching staff and I’m going to play my heart out every single night for the Cleveland Cavaliers.”

The Cleveland Cavaliers have lost three in a row, and fallen to 16-30 in an increasingly disastrous season.