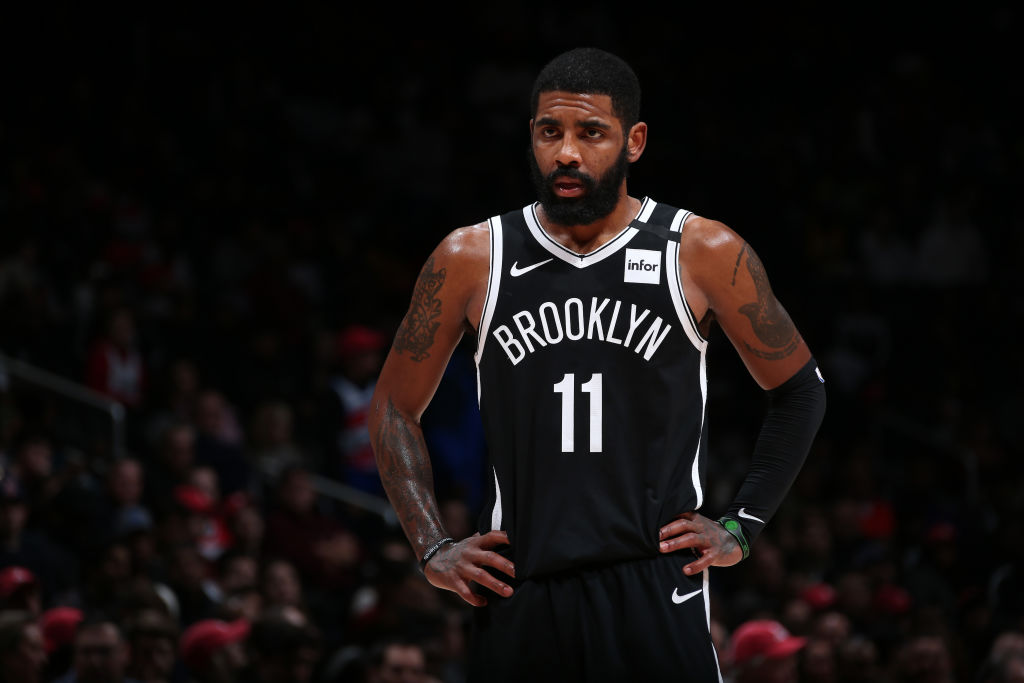 The Brooklyn Nets have revealed that guard Kyrie Irving has re-aggravated the shoulder injury that cost him 26 games earlier this season. ESPN’s Malika Andrews reports that head coach Kenny Atkinson said Irving will go to a specialist this week.

Irving was initially sidelined with a right shoulder impingement in November and as the injury dragged on the 28-year-old contemplated undergoing surgery to correct the issue.

Ultimately Irving opted for a cortisone shot which put him in position to return to the court.

When asked directly if the Nets would consider shutting their star guard down for the remainder of the season, Atkinson said that he wouldn’t go there. The Nets currently sit 7th in the East with a 25-28 record.