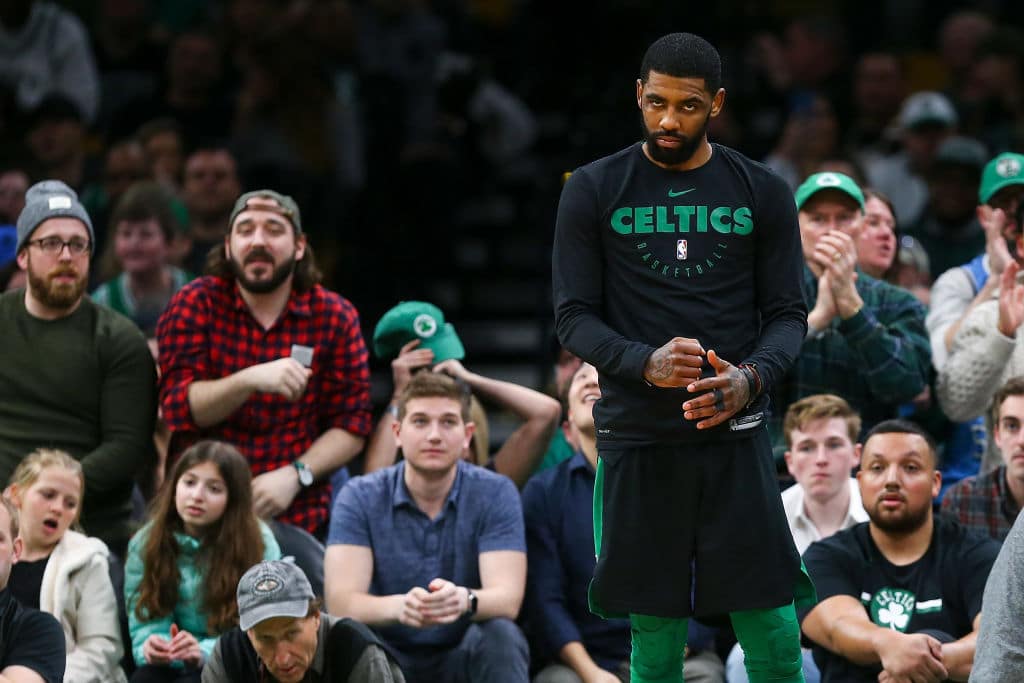 Kyrie Irving spoke at length with reporters after Monday’s practice, opening up about what motivates him as a basketball player.

Irving says fame and celebrity are no longer driving factors at this point in his career; he just wants to play at the highest level.

Kyrie continues to blame the media for making players unhappy.

Per The Boston Herald:

Asked how he deals with the ill feelings that have shown up on occasion, he said, “By just realizing that it’s not as bad as you make it seem. You know, everyone’s not at odds with you all the time. You just get back to the root of what makes you tick and why you love the game of basketball. I’ve said it before, but I didn’t really come into this game to be cameras in my face and be famous, be a celebrity, whatever embodies that. So it’s a little hard for me, I wanted those things when I was younger, but at this point in my career, I just want to play basketball at a very, very high level, and the distractions that come within a team sometimes can get overwhelming, and I’m human. And I just try to not let it seep into my teammates, and that’s the most important thing is setting an example for these young guys. And I don’t even want to call them young guys. They’re teammates. They really have a great passion for the game of basketball, and they’ve shown that they can play at a high level now.”

As for what’s been troubling him, Irving said, “I get tired of this stuff, just like everybody else. It’s a constant battle, because media has gotten just outrageous, you know what I mean? Like I just saw something the other day where, I mean, he’s the greatest player playing our game right now, but even seeing somebody question like (LeBron James‘) body of work, like my body of work, (Kevin Durant‘s) body of work. And the team’s success falls on the best player, and whether to call that fair or unfair, nobody should ever question what type of winner those guys are, you know, what type of winner I am or whether or not I have the team in first mentality. It’s like nobody wants it to be solely about them, but we take most of the responsibility and so does the head coach.”

Said Irving, “It makes players very unhappy, very unhappy, I’ll tell you that. I think somebody told me that Adam Silver was talking the other day about how unhappy NBA players are, especially nowadays just because of the scrutiny and exploitation that we go through of just everything being judged or someone being of a very high stature and people are just still throwing stones at them just trying to break them and break them. And words are very powerful.”

Irving went on to say he’s disconnected from social media and it’s helped him, “but at the same time, it’s what makes me great, as well, is just coming to work every single day and doing my job at a very high level and putting on a show for people. You know, I’m an entertainer out there, but I’m a winner first and foremost.”