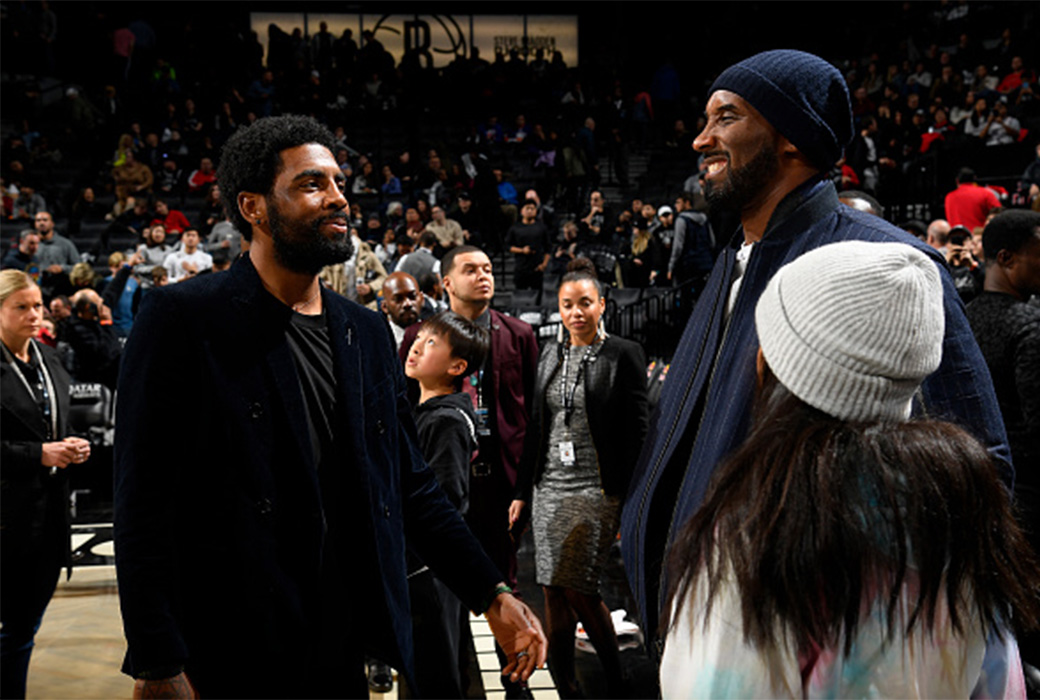 Brooklyn Net’s star Kyrie Irving, who was a close friend to the late-Kobe Bryant, took to Instagram to urge the NBA to consider changing its logo from Jerry West to Bryant.

Irving even shared an image, as designed by Tyson Beck, of what a Kobe Bryant logo would possibly look like.

Vanessa Bryant approved of Irving’s idea to honor her husband, and shared his post on her Instagram story with the words, “Love this.”

In his caption, Irving explained why it’s important to honor Black players, writing:

The current NBA logo is modeled after Hall of Fame guard Jerry West. West told ESPN’s Rachel Nicholas on ‘The Jump’ that he’d be on board to changing it to someone else.

Still, Irving is discussing something even more important than simply changing the logo. All-time greats such as Bill Russell, Wilt Chamberlain, Magic Johnson, Kareem Abdul-Jabbar, Allen Iverson, Michael Jordan, and Kobe Bryant have all changed the game, and Black athletes across the NBA and WNBA have used their platforms to call for social change on, and off the hardwood.

Irving’s post suggests that now is the time to pay homage to that history, influence, and legacy.