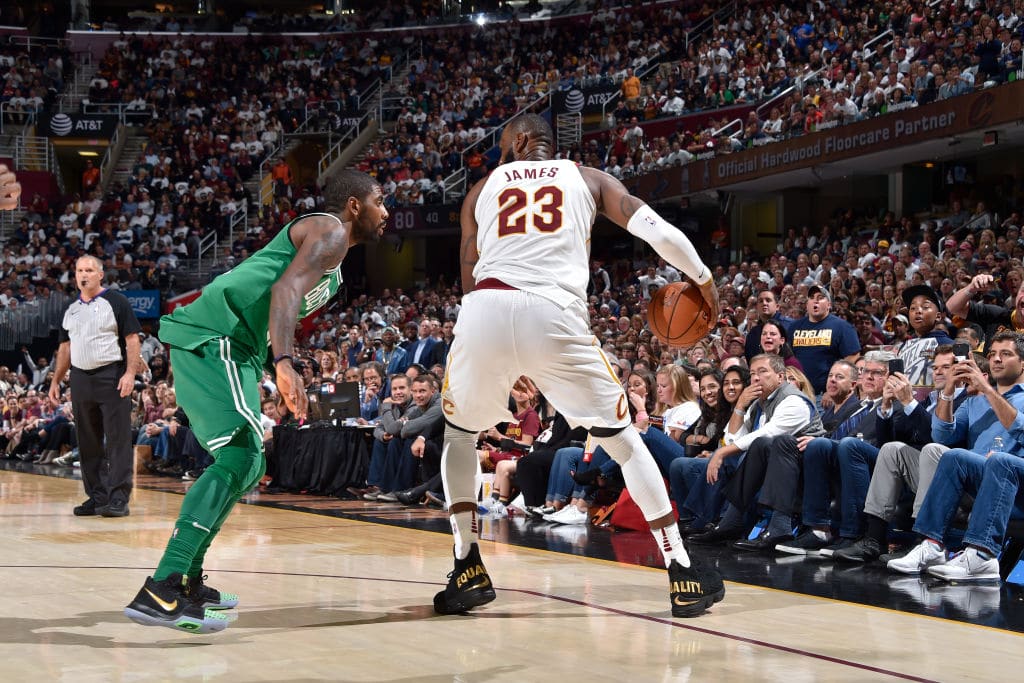 Kyrie Irving was coy when reporters asked him Tuesday about a possible reunification with LeBron James this summer in Boston.

Irving forced his way out of Cleveland partly to be “The Man” on his own squad, but diplomatically says he’s “fully supportive” should the Celtics’ front-office decide to go after James.

LeBron is expected to opt out of his current deal with the Cavs and hit the free agency market July 1.

“In this business, I’ve kind of experienced it all and I’ve seen a lot, so we’ll see what management decides,” Irving said when asked if he would be open to playing alongside James again.

Irving was drafted No. 1 overall by the Cavaliers in 2011 and played three seasons with James, from 2014-17. The duo made three straight trips to the NBA Finals, winning a championship in 2016.

“Obviously, it’s a business at the end of the day,” Irving said. “Ownership and management, they’re going to feel what’s best for our future and I’m fully supportive of (them). We’ll see what happens.”