Kyrie Irving Says He Will ‘Easily’ Be Ready for Training Camp 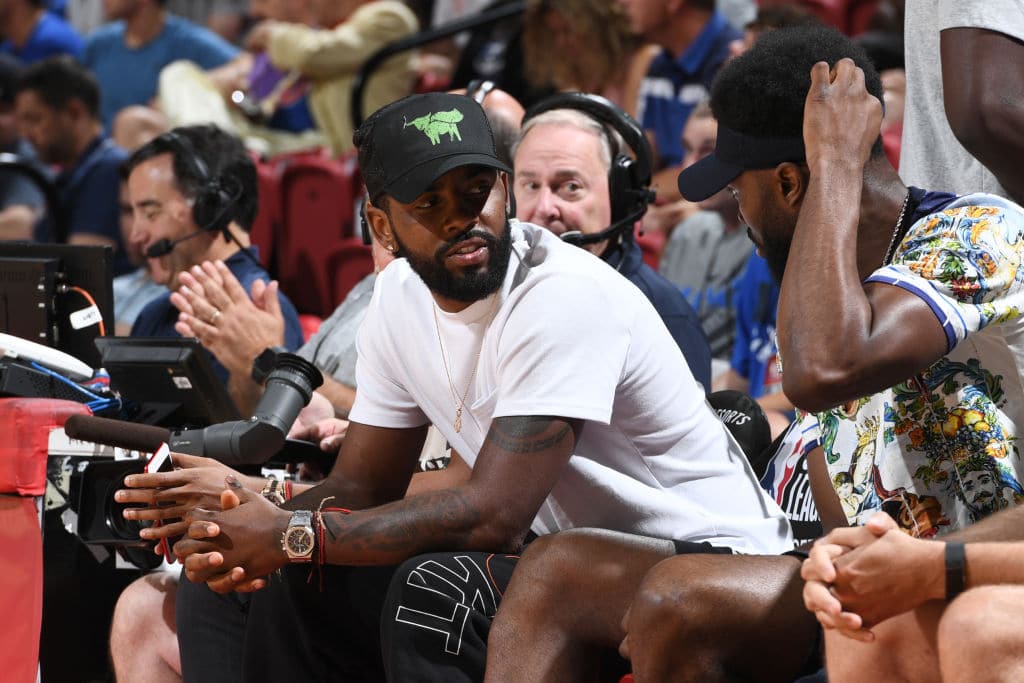 Kyrie Irving isn’t yet fully cleared for five-on-five basketball activities, but he expects to be ready to go when Celtics training camp rolls around in about two months.

The All-Star point guard says it was tough to deal with a bacterial infection in the knee.

“Easily. Easily. Easily,” Irving said. “It’s just the summertime. This is probably one of the first summers in my last seven years where I’ve actually had time to kind of develop and work on things that I want to improve on.”

Irving said Thursday that the infection discovered on the metal wiring and screws in his knee could have evolved into a staph infection, but that it was caught and treated early enough to avoid that outcome. To treat the infection, Irving said he had a catheter inserted into a vein going into his heart.

“I mean, you ask anybody with an infection, they will probably try to downplay it,” Irving said when asked how scary the infection was. “It’s a personal thing because your body is going through it. I was fighting an infection in a specific place in your body where you can’t necessarily reach with your hands. You got to go in there and kind of see what’s going on, and what happened for me was, the metal wiring and the screws that I had in there, the infection was on that, so I had to remove that and then be on antibiotics for about two months.

“It could have evolved to staph, but good thing we caught it early. I am glad that is done. That was a long, long f—ing two months.”