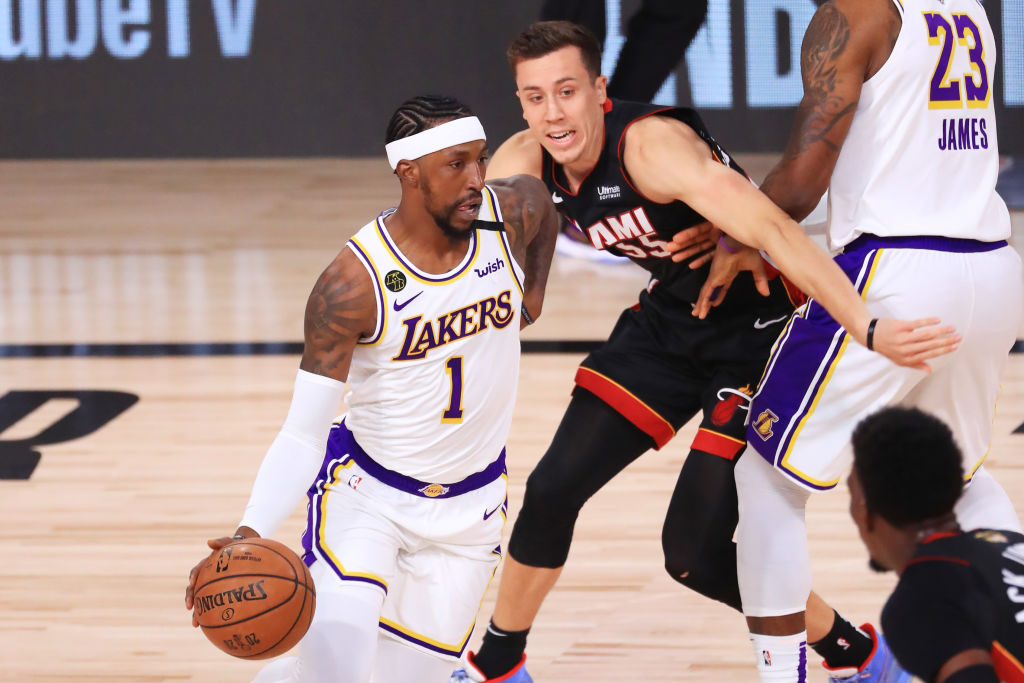 The Los Angeles Lakers will welcome Kentavious Caldwell-Pope back on a three-year, $40 million contract, Shams Charania of The Athletic reports. Caldwell-Pope has played for L.A. for the past three seasons.

The substantial deal will keep a 3-and-d spot starter on board as the Lakers set out to defend their 2019 title. Caldwell-Pope averaged 9.3 points, shooting .385 from beyond on the season.

Caldwell-Pope spent time at the two and the three for the Lakers and will do so again in 2020-21. The team has seen guard Avery Bradley and Danny Green depart but veteran Wes Matthews will join KCP on the wings.

Pope turned down an $8 million player option with the Lakers before free agency and will see both a longer commitment and annual pay raise with his new pact.